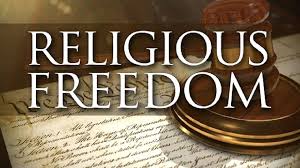 The European Parliament Intergroup on Freedom of Religion or Belief and Religious Tolerance (FoRB & RT) is satisfied that since it’s 2016 Annual Report, the protection of freedom of religion or belief has been given more priority by all EU institutions as well as by Member States.

The ForB & RT is a group of like-minded Members of European Parliament dedicated to ensure that the European Union , in its external actions, promotes and protects the right to freedom of religion or belief as well as religious and belief tolerance.

The group is not asking for a special treatment of FoRB, since there is no hierarchy of human rights and fundamental freedoms. However, they see the need for FoRB literacy as an essential requirement for the EU and its Member States in both their internal and external policies.

Ministries of Foreign Affairs of a number of Member States have recognised the need for FoRB literacy. The establishment of a “pôle Réligions” by the French  Ministry of Foreign Affairs, and of a Knowledge Forum for Religion and Development by the Dutch MFA were early examples of this awareness. More recently, new initiatives were taken, such as the appointment by the Danish government of its Special Representative for FoRB and similarly the appointment of the Prime Minister’s Special Envoy on FoRB by the UK Government.

This renewed interest of Member States in FoRB literacy of their diplomatic services is reflected in the Council’s Working Group on Human Rights (COHOM), which discusses the EU policies in this field. During their annual meeting in Brussels later this month, Heads of Delegations will also devote a session to FoRB related issues.

On the Commisson’s side, Special Envoy for the promotion of freedom of religion or belief outside the EU, Jan Figel, undertook a number of missions, to Iraq, Nigeria, Bosnia, Pakistan and Sudan to discuss the promotion and protection of FoRB.

Finally, Parliament itself decided to appoint Andrzej Grzyb as the Rapporteur for the Committee on Foreign Affairs on the ‘EU Guidelines and the mandate of the EU Special Envoy on the promotion of freedom of religion or belief outside the EU’.

However, this does not mean that there is no room for further improvement. The formal position of the Special Envoy is weak. It is not a full time activity, and with limited resources.

As far as FoRB is concerned, we have recently seen that more and more governments and decision-makers realise the importance of freedom of religion or belief. Moreover, it is now ever more widely acknowledged that not only is the role of religion or belief in third countries so important that it cannot be ignored in the EU’s external relations, but also that religious and belief organisations and especially their leaders can play a constructive role in the field of peace building, especially through reconciliation, humanitarian assistance, good governance and development policies in general.

The EU Guidelines protect all religions or beliefs. This should be emphasised, calling for particular attention for those religious and belief communities, who are less vocal.

For example, because their religion or belief does not have a hierarchical organisation or the adherents are less known and less organised. Delegations and embassies should also reach out to those religious and belief communities, whose religions or beliefs are abused by extremists for advocating violence and terrorism;

Training sessions should, in particular, focus on relations with religious leaders. While it is not up to diplomats to get involved in theological discussions, they should not shy away from engaging with these leaders in order to strive for commonly held policy objectives, such as peace-keeping and reconciliation, good governance, respect for the environment and humanitarian relief.

Joseph Giordimaina   July 14, 2020
The OPM has published a letter delivered to Malta’s PM by Ursula von der Leyen, together with the PM’s reaction.

Reuters   July 16, 2020
Taiwan is one of a growing number of flashpoints in the U.S.-China relationship. Beijing routinely denounces Washington's support for the island.

Jesmond Saliba   July 16, 2020
Brazilian President Jair Bolsonaro said that he again tested positive for the coronavirus, a week after he first announced he had become infected.