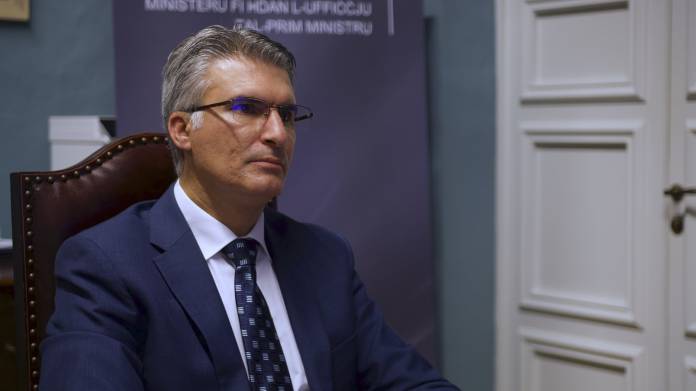 The EU should be more of the people, close to the people, for the people, meaning that leaders of countries that form part of the Union don’t necessarily take decisions that the people want just to be popular, said Minister Carmelo Abela.

The Minister responsible for Social Dialogue within the Office of the Prime Minister Carmelo Abela participated in an online discussion themed ‘Fejn Sejrin?’, held together with representatives of social partners and civil society in an event organised by MEUSAC on the occasion of the 16th anniversary of Malta’s EU accession, and Europe Day celebrated each year on the 9th of May, and MEUSAC.

When asked how he views Europe’s future Minister Abela said that the most important thing is that citizens play a central role in a bid to address the aspirations of the people.

He also referred to youth, that they should play more of an integral part in the decision-making process, where the EU needs to be most effective.

The Minister said that sustainable development should be at the core of decisions that are taken because the future depends on how the decisions taken today are based on how we will best use our resources.

The economic situation before and during COVID-19, how sectors represented by participants of the debate were impacted, and how MEUSAC can strengthen its work so that every corner of society benefits more from Malta’s EU membership, were some of the themes discussed during the meeting.

Reacting to MEUSAC Head Mandy Falzon’s questions and those of the participants, Minister Abela said that the pandemic showed that it has no borders and therefore such a saga is an opportunity for Member States to work together in different ways, according to the competencies of the EU or ones of a national level, or a mix of both, in the economic, job creation and health sectors.

On criticism that the EU is not doing enough, he said that this pandemic has shown we need to be better prepared to tackle such issues and that as the Member States we should oversee each other as an act of solidarity.

Mandy Falzon said that in the 12 years MEUSAC has been operating, MEUSAC assisted some 470 organisations to benefit from 60 million euros in EU funds.

The need to increase the dissemination of correct information on the EU and its roles was also mentioned during the meeting.