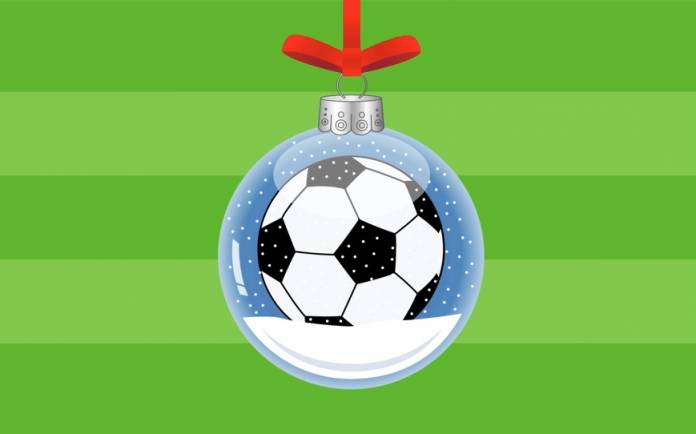 With all the other major football leagues having a break during the festive season, all the action came from the English Premier League this weekend. It all started Friday night when Wolverhampton Wanderers produced an amazing comeback when they beat reigning champions in a very entertaining game at Moulinox. Manchester City had their goalkeeper sent off after 12 minutes. Despite being a man less they managed to score twice through Sterling, the goals coming in the 25th and the 50th minute of the game. The match turned on its head after Traore found the net to give hope to the home team. Goals from Jimenez and Docherty completed the comeback for Wolves.

On Saturday it was the end of the line for Manuel Pellegrini as manager of West Ham United. The Hammers suffered another defeat home against Leicester City. The defeat left the Hammers just one point above the relegation zone and they have just collected eight points from their last 14 games. David Moyes was appointed as West Ham manager late Sunday night on an eighteen-month contract, this will his second spell at the helm of the Hammers. The Foxes took the lead after forty minutes when Iheanacho headed into the net. Five minutes later, on the stroke of half time, Fornals equalized for West Ham. Demarai Gray scored what proved to be the winner for Leicester on fifty-six minutes. Everton visited Newcastle United and produced a fine performance to give new Manager Carlo Ancelotti his second victory in two games. Within thirteen minutes from kick-off, Everton took the lead through Calvert – Lewin. Newcastle improved and managed to draw level through Schar just before the hour mark, It was Calvert-Lewin again who scored the second of the game and his eighth of the season for Everton.  The victory moves the Toffees above the Magpies on goal difference with 25 points each. A manager who seems to be producing a revival is Nigel Pearson at Watford. Having only managed one win in 16 games Watford has taken seven points from four games since the arrival of Pearson. The Hornets hosted Aston Villa in a must-win game for both clubs, but it was Watford who collected the three points as a double from Deeney and a goal for Sarr gave the hosts an important victory which pulled them out of the red zone at the bottom of the table. Norwich City is at the bottom of the table and only managed a draw at Carrow Road when they played Tottenham Hotspur. It was Mario Vrancic who scored after eighteen minutes but Christen Eriksen scored for Spurs on fifty-five minutes. The Canneries again took the lead through a deflection onto Aurier into his own net. It was Harry Kane who scored from the penalty spot in the eighty-third minute. Kane has scored 20 penalties in the Premier League for Tottenham, more than any other player for the club. Manchester United travelled to Burnley and emerged with three important points in their quest of making it to a top-four place in the table. Anthony Martial and Marcus Rashford were on target at the end of each half to secure the second victory in a row for Ole Gunnar Solskjaer.

On Sunday the action started in North London when Arsenal welcomed Chelsea for Mikel Arteta’s first home match as Arsenal’s head coach. The Gunners looked on course for three points after Pierre-Emerick Aubameyang had put them ahead with a well-taken header after thirteen minutes. Frank Lampard introduced Jorginho after thirty minutes of the game in a tactical change that swayed the game into Chelsea’s favour. It was Jorginho who was gifted the equaliser seven minutes from time when Arsenal goalkeeper Leno misjudged Mount’s free-kick to leave the midfielder with a simple tap in. Tammy Abraham punished Arsenal further three minutes from time with a smash-and-grab goal which gave the blues 3 very important points. Liverpool finished the year in impressive form as they recorded 50 unbeaten home league games, drawing 10 and winning 40 in the processes. Sadio Mane scored the decisive goal three minutes before the end of the first half. Liverpool held on to the lead despite Wolves attempts to find the breakthrough in the second half. The win puts Liverpool 13 points above second-placed  Leicester City with a game in hand. In the last English Premier League game for 2019 reigning champions, Manchester City registered a two-nil victory over Sheffield United. City went in front after 52 minutes De Bruyne and Aguero combined to open the score. De Bruyne made sure of the points when he fired a low shot that beat Dean Henderson in the Blades goal.

The last weekend of Premier League football was characterized by VAR and referring controversy. The use of Video Assistant Referee technology introduced for the first time this season seems to have caused more problems than solving them. Armpit offside has become an absurdity that is falsifying results and decisions. Supporters are getting frustrated by the extent games are being ruined with farcical millimetric decisions. The new year should hopefully see us enjoying the games without bothering which deodorant the players are using.

Happy New Year to you all.