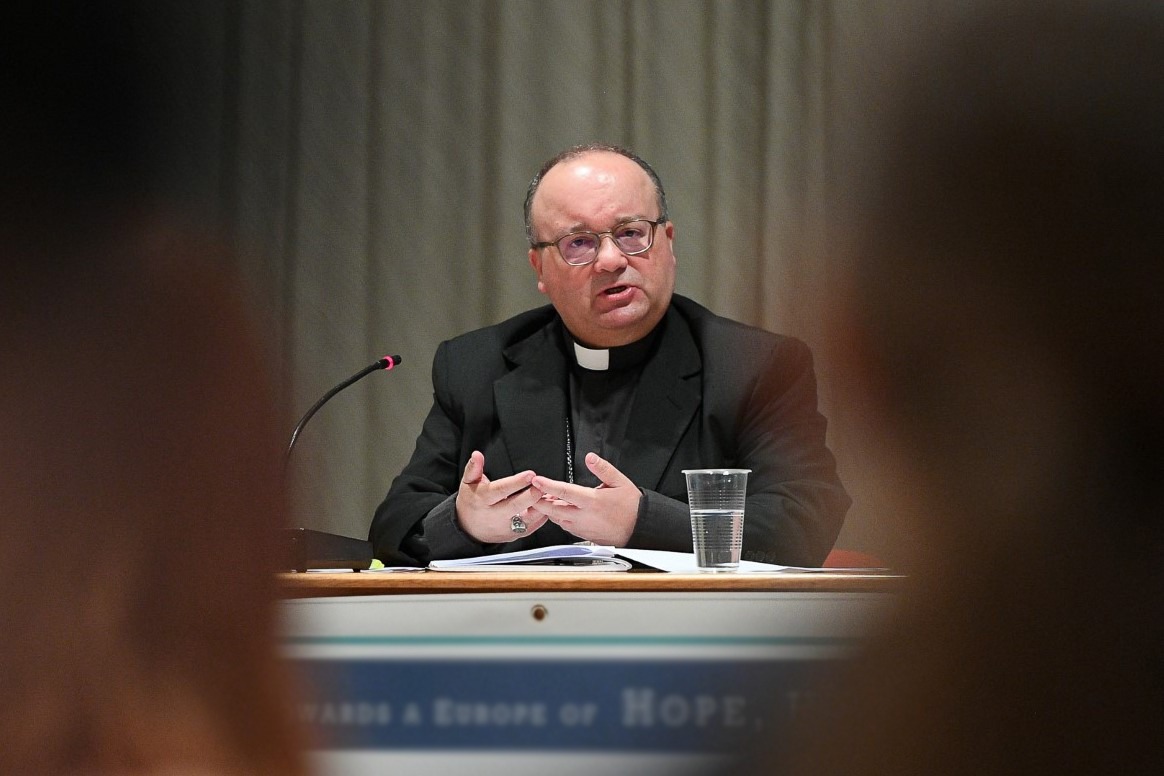 Archbishop Charles Scicluna said the Pope’s upcoming summit gathering the presidents of all the world’s bishops conferences on the topic of ‘protection of minors’ and vulnerable, an unprecedented move by any Pope, responds to the expectations of many to move from documents and words to actions.

Speaking to journalists on Sept. 14, in Poznan, Poland, who were on the ground for the Plenary Assembly of the Council of European Bishops’ Conferences, Archbishop Scicluna stressed the Pope and Church’s  commitment to combat this scandal. Archbishop Scicluna is a former official of the Vatican’s Congregation for the Doctrine of the Faith (CDF) and also president of a review board handling abuse cases within the CDF.

Among the concrete measures to help prevent these situations, Archbishop Scicluna underscored, is to have effective pre-screening of the soundness of those who express their interest in becoming a priest. The Pope sent Archbishop Scicluna to Chile to try to solve the scandal of abuse that has swept the Church of that country. It was after the Pope received the findings of the Archbishop, that the Pope summoned the South American country’s bishops’ to Rome, they all resigned, and the Pope accepted various resignations, including of Bishop Juan Barros of Osorno.

“This summit,” he told press, “is a very strong sign of a commitment to the defence of the dignity and protection of minors in the Church. This call, this invitation,” the Pope’s trusted abuse investigator emphasized, “says one fundamental thing: that the issue of preventing abuse and the protection of minors commits the whole Church and commits everyone in the Church.”

The meeting, the prelate noted, already points out a very clear position the Holy See took in 2011 when the Congregation for the Doctrine of the Faith addressed to all the Bishops’ Conferences of the world a circular letter. This document, he noted, “pointed out fundamental attitudes of response to the sad phenomenon of child abuse but also indicated the need to carry forward the intense, but necessary work of guidelines for every nation in the world.”

Many episcopal conferences, he said, followed suit. The majority, the Archbishop said, responded to this invitation and in the years that followed 2011, all the guidelines were examined by the Congregation for the Doctrine of the Faith.

“But we must not only have documents,” Archbishop Scicluna said, suggesting actions are needed.

“We need to sensitize the whole community because this sad phenomenon is not only resolved by the hierarchy but it is a commitment that must involve everyone.”

When asked about formation of candidates for the priesthood, he responded: “Already in 2011, the circular letter of the Congregation for the Doctrine of the Faith indicated the human formation of candidates for priesthood and religious life as one of the important and fundamental aspects. But already in 1992 there was a prophetic message of St. John Paul II in the Post-Synodal Exhortation Pastores dabo vobis which, speaking of the formation of future priests.”

This exhortation, Archbishop Scicluna stated, “valued in a prophetic and urgent way the question of human formation, psychological screening and even a clear and timely evaluation of the candidate from the point of view of suitability to the ministry on the key of emotional suitability and of the suitability to be a pastor and father for the flock.”

Reuters   May 31, 2020
On Sunday, the Chinese city of Tianjin confirmed one asymptomatic person, a passenger arriving from Frankfurt on a chartered Lufthansa flight, LH342, to Tianjin. This case was discovered between midnight and 6 a.m. local time on Sunday, the city's daily statements show.

Reuters   May 29, 2020
U.S. President Donald Trump threatened on Friday to stop looters in Minneapolis with deadly military force, after that city weathered a third night of arson and rioting over the police killing of an unarmed black man.