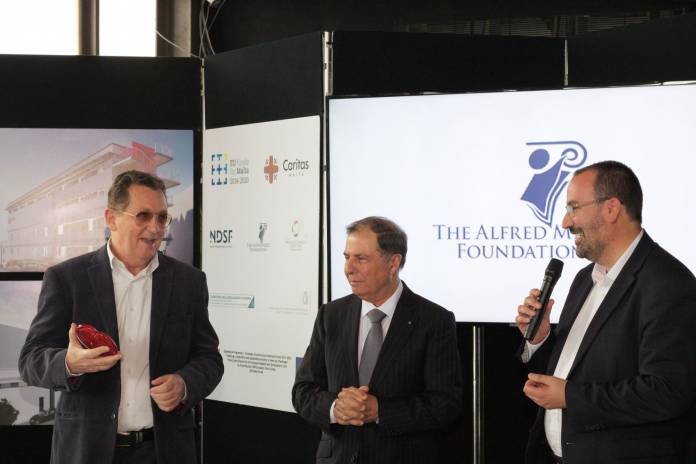 The Alfred Mizzi Foundation annually takes care of the preparation of food for the Christmas meal organised by Caritas Malta.

This new centre will hold the administration of Caritas Malta and all the non-residential services offered, namely counselling and social work in crises interventions relating to families, various prevention programmes in schools and workplaces as well as the coordination of social work in parishes and in the voluntary sector.

The premises consists of 5 floors which will also include a hall that can host up to 200 persons, a drop-in centre in the community, of the community and for the community.

The Alfred Mizzi Foundation contributed €700,000 for this project. This sum together with internal funds of Caritas Malta and other funds enabled the works which started last September.

Mr Julian Sammut, the Chairperson of The Alfred Mizzi Foundation underscored the rigorous criteria of the Foundation when choosing who to allocate funds to. In this regard, Caritas Malta is viewed by the Foundation as a solid investment due to its diligent work and effective results. Sammut expressed the Foundation’s privilege for being given “the opportunity to participate in this ambitious project that will benefit the Maltese society”.

President Emeritus George Abela concluded the conference by emphasising the importance of dreams as they can lead to great achievements such as this one.