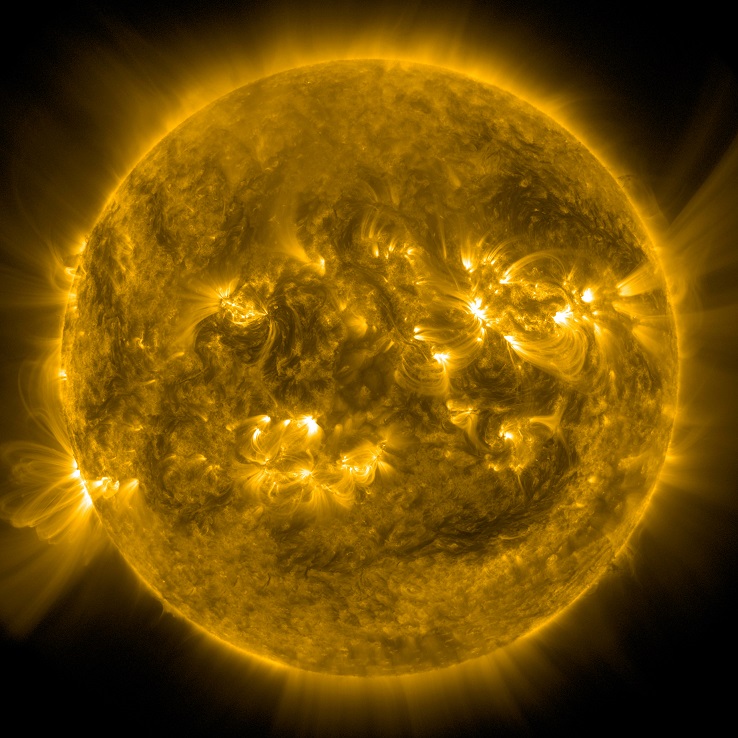 For Valetta Contemporary’s next solo video show, Canadian artist Dan Hudson invites us to stop for a moment and contemplate this daily phenomenon that we take for granted. Pairing the Venetian sunset video with NASA imagery of the spinning inferno, projected at large scale, brings home how this element of our quotidian existence is, in fact, the almost incomprehensible power at the centre of our solar system.

Less than 15 kilometres from Valletta Contemporary is the Mnajdra temple complex, where over 4500 years ago some of Malta’s earliest inhabitants paid homage to the sun through the construction of a megalithic structure oriented so as to frame the summer and winter solstices.

For our Neolithic ancestors, the daily and seasonal cycles governed by the earth’s movement around the sun ordered their lives – when to get up, when to go to sleep, when to plant, when to harvest. Marking through ritual the longest and shortest days of the year was perhaps their way of trying to assure that nature’s most powerful force would continue to provide its life-giving glow.

Mr Hudson says that he thinks of his art as a form of visual anthropology. It traverses scientific research, documentary practices, cultural history and personal journal.

“Many of my art projects develop through self-prescribed sets of actions. These actions become integrated into my life as rituals. It is a way to contemplate and quantify the world around me.  For example, some recent projects involved filming the exact same location once a week for a year as a way to witness and document the transformations in the landscape caused by the Earth’s planetary movements through space,” he states.

Mr Hudson says that he tries to formulate procedures that generate collisions between his daily life and the metaphysical underpinnings of reality as understood through physics and philosophy. The resulting artworks are artefacts of these processes.

The exhibition, entitled That Golden Stain of Time, will be held between the 9th and 30thNovember. More information may be obtained from the Facebook event page and Valletta Contemporary website.