PN Leader Adrian Delia signed an affidavit in court today, stating that he was never bribed in order to not get David Casa elected to the European Parliament. This comes after Melvin Theuma, suspect in Daphne Caruana Galizia’s murder, stated during court proceedings that Yorgen Fenech had bribed the PN to do so.

The affidavit stated that he was never approached by either Yorgen Fenech or anyone else to receive a donation in this regard. The affidavit also denies any donations being given. Furthermore, the Nationalist Party has issued a press release denying any offer or payment being made to undermine the candidature of any of its candidates.

Delia challenged Labour Party-owned media to approach the Acting Police Commissioner with any information it might have on the case within the next 24 hours.

During yesterday’s court proceedings, Melvin Theuma said that he recalled murder suspect Yorgen Fenech saying that he once offered money to the PN to ensure that Casa was not re-elected.

Fenech had reportedly told Theuma that Casa was hounding him over the Dubai based company 17 Black. Theuma told the board of inquiry that he did not know what it was but knew there was something bad with 17 Black.

Consequently, the Nationalist Party issued a press release denying allegations that it was offered money to stop the re-election of MEP David Casa. The PN said that it was never “offered, or received any payment to block the election of its candidates in European Parliament or any other elections.” 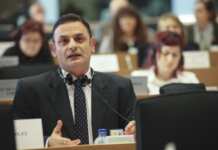 Nationalist MP David Thake invited the Nationalist Party to launch an internal investigation into who acted on behalf of the party in brokering a deal to not get David Casa elected to the European Parliament last year.

Recently-elected MP David Thake shared a MaltaToday article saying that he distances himself from the PN’s denial, adding to the post that he does not distance himself at all from this, but goes a step further to ask the PN to launch an internal investigation.

This investigation, wrote Thake, should ascertain who acted on its behalf to try to broker this deal. He said that whoever this person or persons were have to shoulder political responsibility. Thake also expects the police to investigate any criminal wrongdoing.