When asked for a reaction to an advert presenting a development opportunity in Comino, Friends of the Earth told Newsbook.com.mt, they weren’t sold on it, but it was suspicious.

The Environmental NGO said that although an apology was put forward by the estate agency Engel and Volkers, it seemed odd that they would suggest a place where there is a long history of threats to develop.

At the same time, they also suggest that, ‘it might as well be a case of testing the waters – kite flying in order to see what kind of reaction they would face.’, they said. 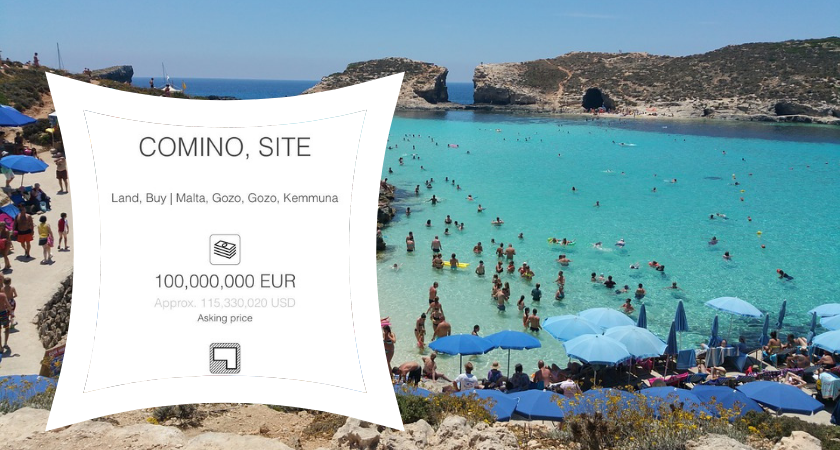 For real? A stunt? A mistake

Yesterday Newsbook.com.mt reported that Engel and Volkers had posted an online advertisement selling land on Comino.

The Environmentalist Alan Deidun had shared the advert on social media questioning whether the advertised space, equivalent of 70,000 square metres, was real or simply a stunt.

Engel and Volkers told Newsbook.com.mt the publication was a mistake and it was promptly removed. 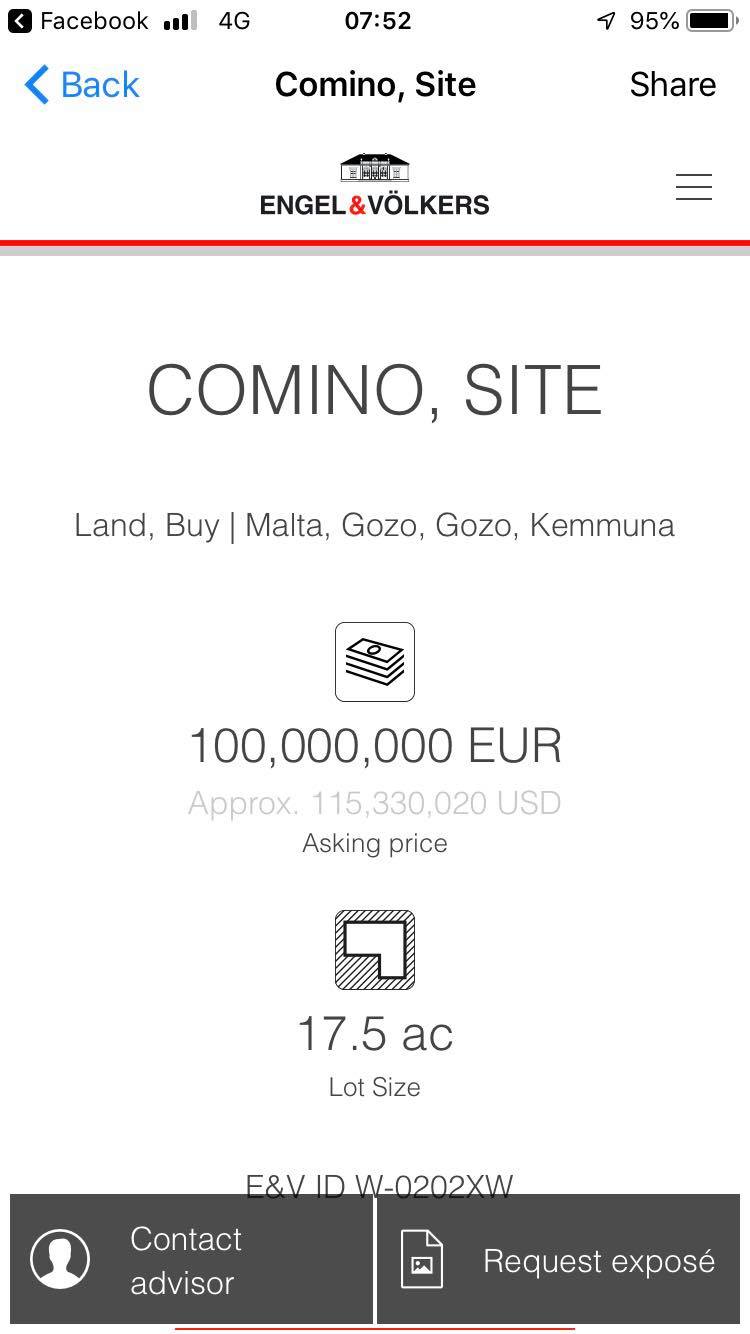 The public domain process is 3 years too late

On the whole, there is a very little human influence on the island and this has been maintained by its status as a Natura 2000 and Special Area of Conservation (International Importance) and Nature Reserve.

This has meant that natural processes have been left largely un- tampered with.

But, given so much of the Maltese Archpilego is affected by development, the Public Domain Act 2016 was brought into law to safeguard key areas. Comino was one of the seven locations Friends of the Earth Malta proposed and is officially one of the 24 sites on the Planning Authority’s listing for public consultation.

This would protect the location from being commercially developed and allow unrestricted access to the public.

But, the perception from FoE Malta is that the process is three years too late.

Worst still, although these sites have been nominated, the process was recorded as ‘still ongoing’ back in September 2018.  This suggests that although named, it does not mean the sites are confirmed.