At least 100,000 Belorussians have flooded the centre of Minsk and other cities on Sunday, in the latest of several weeks of protest against Europe’s ‘last dictator’ Alexander Lukashenko.

Large numbers of police have been deployed, blocking key areas. Around 250 people have been detained according to the Russian Interfax news agency which cited the Interior Ministry.

The new mass demonstration was called on the eve of talks between Lukashenko and his main ally, Russian president Vladimir Putin.

The protests have swept the former Soviet nation since 9 August presidential elections which demonstrators say was actually won by Sviatlana Tsikhanouskaya who has fled to neighboring Lithuania. Key opposition figures have since either been jailed or fled the country.

The opposition announced the slogan “We won’t let him sell the country” on its websites and social media channels ahead of the meeting set to take place on Monday.

Political analysts have said that the Kremlin might seek to exploit Lukashenko’s political vulnerability to wring concessions from him. Any agreements which might comprise the nation’s sovereignty and independence are likely to enrage protesters further.

During the massive protest more than 600 people were detained. 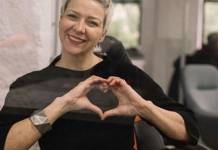 Pope calls for respect for justice and rights in Belarus