The Medical Association of Malta, MAM, appealed to the goverment to stop with immediate effect all Mass gatherings, following the two alarming clusters of patients reported on Sunday. MAM said it fears that we may not have seen the worst of coronavirus yet.

In a statement issued on Monday, by the President of MAM, Martin Balzan, on behalf of the council, the medical association said that decisions have to be taken based on scientific evidence and not on populistic considerations.

“It was to be expected that the combination of opening the airport to high risk countries and the encouraging of mass activities was a ticking time bomb ready to explode. In fact, to date travel insurances are not covering any medical expenses arising from COVID-19,” explained MAM. 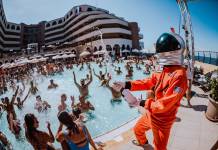 The association also condemned without reservation the bad example given by the organisation of a concert by the office or the prime minister where absolutely no social distancing measures were taken as recommended by the office of the superintendent of public health. MAM also condemned the ministry for tourism for lobbying abroad to attract mass parties for thousands of non-Maltese after these have been denied permission abroad.

To date none of the EU countries have authorized mass gatherings while many EU countries are now considering stricter controls on air travel, including pre and post travel screening and quarantine.

The Medical Association of Malta also said that while it understands that all those employed in the tourist industry have to be supported, high risk gambling with the health of the Maltese people is unacceptable especially when an effective vaccine is still not available.

“The idea of political leaders telling the Maltese people that COVID-19 is over and that they can do whatever they like with impunity is not acceptable to the medical profession. Organisers and politicians must realise that they become personally legally and financially liable should illness or death result from disease.” – stated MAM. 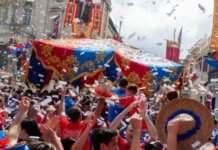 The Maltese Diabetes Association appeals to the public to continue to be vigilant and extra careful especially after the spike in coronavirus cases during the last few days.

The Association issued a statement urging the public to follow all the guidelines issued by the health authorities including maintaining social distancing measures; keeping one’s hands clean; the constant and regular use of sanitizers and the wearing of masks or visors.

“Why should the irresponsibility of a few be detrimental to the health and wellbeing of several “vulnerable” persons including those living with chronic conditions and the elderly? These persons have followed instructions by the health authorities very rigorously for several weeks and made a lot of personal sacrifices – A lot has been done by the health authorities to fight COVID-19 however at this stage we cannot risk placing the general public’s health at risk.”  – stated the Association.

The Association also appealed to the authorities concerned to ban mass events. It explained that since people at such mass events usually involve huge crowds who do not always follow social distancing measures or wear masks or visors, the virus can easily spread from such events to the entire community.