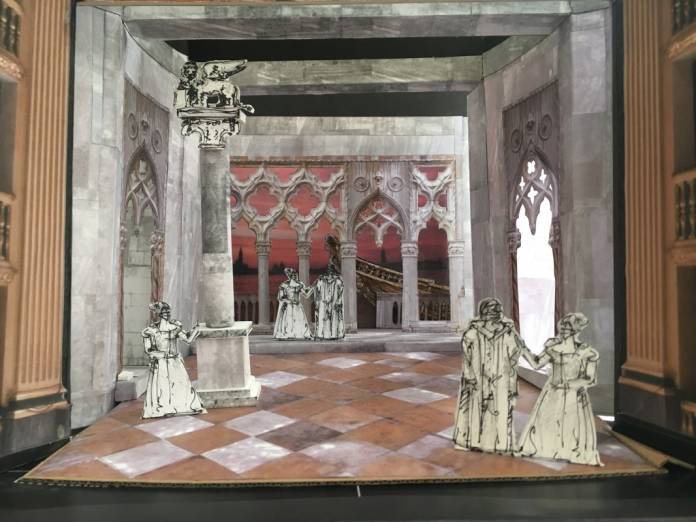 The March opera has become a staple in the theatre’s cultural calendar. This season Teatru Manoel presents Rossini’s Otello featuring Maltese tenor Cliff Zammit Stevens in the title role. Otello will be directed by Tuscan-based Vivien Hewitt, under the baton of Marco Mencoboni who is also responsible for the Monteverdi Project.

This Rossini work is different to what the general public usually expects of Rossini who is known for his comic operas like Cenerentola and IL Barbiere di Siviglia. Although deviating somewhat from the Shakespeare original the opera remains tragic but is indelibly stamped nonetheless with the immediately recognisable Rossinian virtuosity. So much so that in the midst of the rehearsal schedule, on the 10th February celebrated Rossinian diva Mariella Devia will be giving masterclasses which will also be open to the general public. ‘

The theatre will also be hosting two other operas; Mozart’s Impresario which will be performed to an audience of children as part of the ŻiguŻajg Festival in November and Haydn’s Lo Speziale by Lautten Compagney which is happening this weekend on the 5th and 6th of October. Lautten Compagney made its Maltese debut in the Valletta Baroque Festival which goes into its eighth season in January of 2020 and will feature Baroque heavy weights such as Vivica Genaux. Joel Fredriksen and Adrian Chandler just to name a few.

October will also see one of Malta’s leading music groups, Versatile Brass Band, taking the Manoel’s Main Stage for the first time in concert with a number of local artists, with part of the proceeds in aid of Dar Bjorn. In November, Maltese celebrated musicians; Violinist Carmine Lauri and Guitarist Simon Schembri will be joining forces for Virtuosi, a concert featuring works by Paganini, Piazzolla and Vivaldi.

In December the theatre will be once again hosting the BOV Joseph Calleja Foundation Concert which will feature a number of international guests along with Foundation Scholars accompanied The Malta Philharmonic Orchestra masterminded by Joseph Calleja himself. In November DeNote Ensemble will be performing an all-Mozart Camber Music Concert in memory of the late Dr. George Debono who left the 1888 Broadwood Piano to the theatre.

Dramatic work also forms part of the theatre’s cultural programme with comic but literary English titles like of The Importance of Being Earnest which is being performed in collaboration with MADC and two thought-provoking pieces from Staġun Teatru Malti; Ix-Xiħa and Iġri Neħles amongst others.

ŻfinMalta on the other hand present 21 dances for 21st Century based on the recent best-selling book by Yuval Noah Harari entitled 21 lessons for the 21st Century, choreographed by ŻfinMalta’s Artistic Director Paolo Mangiola in collaboration with contemporary visual artist Kane Cali.

The Toi Toi Educational Programme is back for its ninth season with performances for children exploring various genres from puppetry to dance, music, art and theatre happening mainly at Teatru Manoel’s Studio Theatre. In March, Toi Toi’s Teatru Manoel Youth Theatre (TMYT) will be featured in a new piece written and directed by award winning sister duo The New Victorians titled Manoel.

Yearly appointments make their comeback with performances APS Teatru Unplugged, the Christmas Pantomime and various concerts given by the Malta Philharmonic Orchestra throughout the season with the first one being this Friday 4th October entitled Vienna Forever and the Beethoven commemoration concert in May 2020 featuring celebrated violinist Charlie Siem.

Amy Borg   August 3, 2020
Families of the victims have refused to be part of the inauguration. Instead, they will be meeting on the 14th of August to mark the tragedy’s 2nd anniversary.

Joseph Giordimaina   July 31, 2020
The Councillors will be voting on Adrian Delia's future as PN Leader.