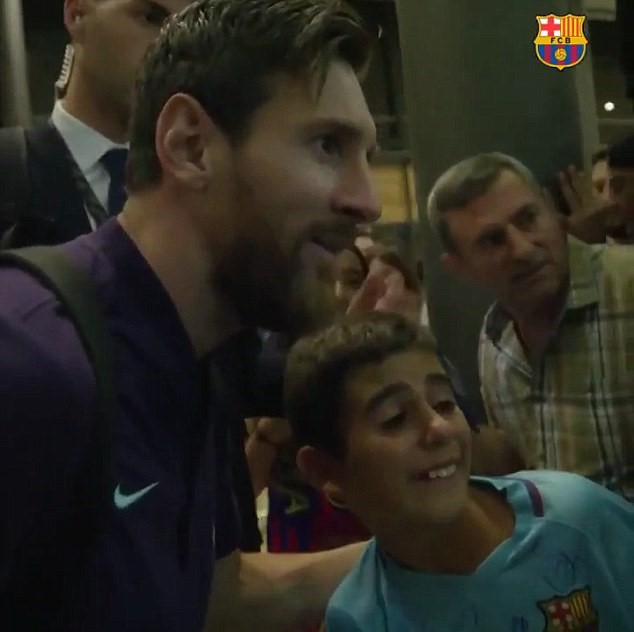 A young Barcelona supporter burst into tears as soon as he met Lionel Messi at the airport following the Blaugrana’s 1-0 win over Real Valladolid. The Argentine superstar, who is undoubtedly one of the greatest players to have ever graced a football field, signed the youngster’s shirt and took a photo with him.

Barcelona players expressed their frustration at the disastrous state Real Valladolid’s pitch was in but managed to win their second consecutive league game thanks to Ousmane Dembele’s second half goal. Real Valladolid went close to equalizing but Keko’s header was eventually ruled out for offside.