Teachers of English as a foreign language employed with Clubclass English Language Schools (CELS) held a protest outside the school, on Monday. The teachers were accompanied by the executive members from the Union of Professional Educators (UPE).

In a statement, the UPE on Sunday said that a unanimous vote was taken by the teachers in favour of a strike.

The UPE explained that it and the teachers at Clubclass English Language School have officially had enough of waiting upon Clubclass owner Joe Aquilina’s leisure to sit at a table to discuss issues at his school.

The union said that last week Aquilina had contacted the ELT Council saying that he was willing to initiate talks so as not to escalate the issue further. However, nothing has happened since then.

The union explained that Aquilina’s apparent willingness was welcomed, remarking that the teachers had been waiting for a reconciliation meeting.

“Unfortunately, no such communication could be imparted, as Mr. Aquilina, yet again made himself very conspicuous by his absence,” UPE remarked. 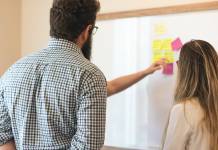 Over the past few weeks, FELTOM has engaged with the Union to assist the setting up of a meeting with Clubclass which meeting was proposed by Clubclass for the 20th July. However, UPE felt that this time frame was not acceptable, said FELTOM in a statement issued on Monday afternoon.

“While as a Federation, we remain deeply committed to ensuring that our member schools offer better working conditions in accordance with the law, we ask for common sense to prevail,” said the federation. I

FELTOM has urged the teachers, the UPE and the school to work together, especially in these difficult times. Only if we do so we would be truly safeguarding teachers and the ELT industry at large.