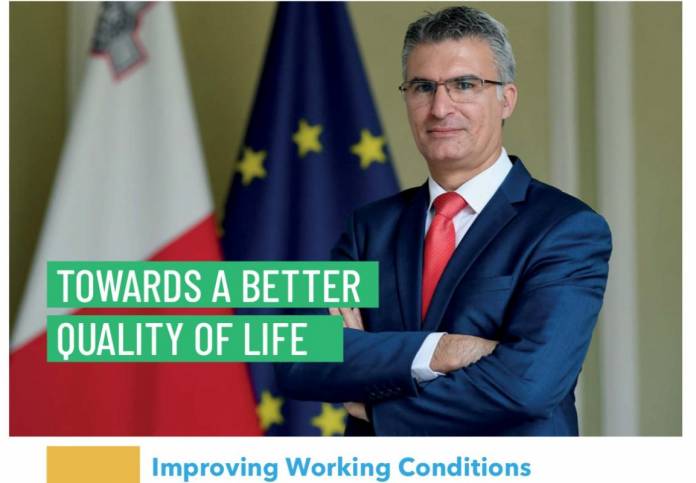 The anti-corruption NGO, Repubblika, has written a letter to the Commissioner for Standards regarding politicial advertising featuring a prominent photo portrait of Minister Carmelo Abela in national newspapers. The NGO said that the logo of the Ministry within the Office of the Prime Minister features prominently and it presumes it is paid for by the same public office.

Repubblika said that the written and graphic content of the advert is mostly made up of slogans and does not provide readers with any information that might be considered essential. It also stated that the advert in question is not within the limits of pre-established busgetary provision and it therefore amounts to a public relations vehicle for the MP who will be seeking re-election to Parliament from his constituency, argued the NGO.

“Minister Abela is perfectly entitled to resort to advertising to persuade his constituents to vote for him but should not be doing so at his ministry’s and public’s expenses,” -stated Repubblika.

In its letter to the Commissioner for Standards, Repubblika said it believes that Minister Carmelo Abela should be found in breach of the Code of Ethics and of public expenditure rules and should be ordered to reimburse 50% of the advertising spent on his campaign to cover the expense on the column inches dedicated purely to his photograph and that the Commissioner should make recommendations to the government to adopt a centralised control process to restrict advertising by Ministers to matters are strictly within their public function.