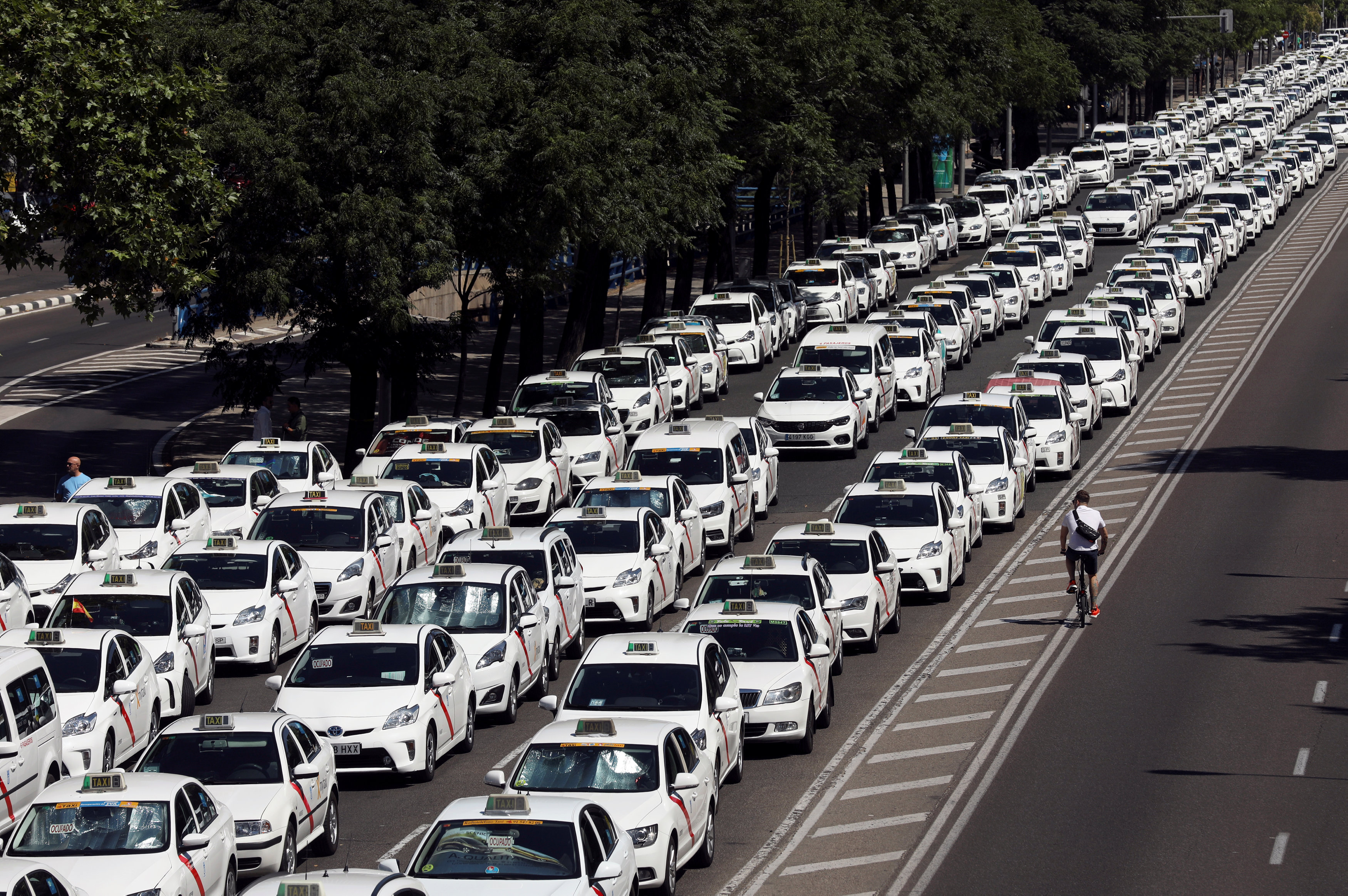 Spanish taxi drivers blocked major city streets including Barcelona’s Gran Via and Madrid’s Castellana on Monday in a protest to pressure the government to curb licences to online ride-hailing services such as Uber.

Union representatives were due to meet officials of Prime Minister Pedro Sanchez’s government later in the day to try to resolve the dispute, in which taxi drivers have choked main roads and snarled airports, bus and train stations since Saturday.

Along with counterparts in many other European countries, Spain’s taxi drivers say that ride-hailing apps have made it impossible to compete.

“Uber and Cabify are putting the viability of the taxi sector and 130,000 jobs at risk…The union considers this unfair competition intolerable,” the UGT union said in a statement.

Union representatives say the current law of one ride-hailing licence for every 30 taxi licences is not being respected and want an end to the practise of transferring ride-hailing permits between drivers.

With backers including Goldman Sachs and BlackRock and valued at more than $70 billion, Uber has faced protests, bans and restrictions around the world as it challenges traditional taxi operators, angering some unions.

London cab drivers are examining the possibility of bringing a class action suit against Uber after the mobile app was granted a temporary licence renewal to operate in the British capital.