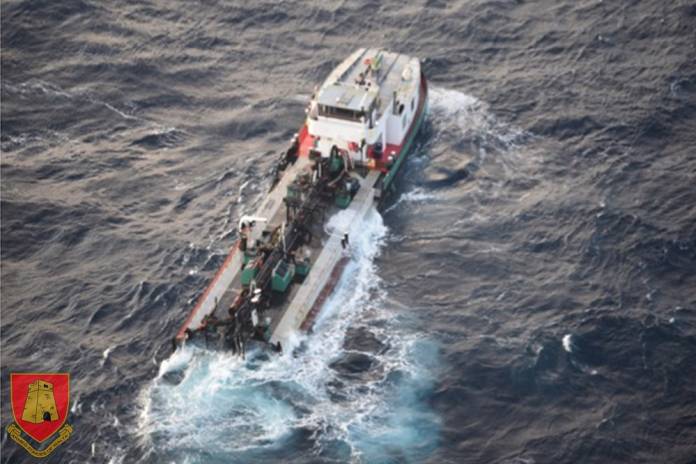 Three people were rescued in an operation in Maltese waters after a tanker split in two.

The crew members two Egyptians and a Romanian were found in the water as they had to abandon the ship which split, and their life raft ruptured.

The Armed Forces of Malta issued a statement will all the details saying they received a mayday call from Motor Tanker Lady Sandra at around 9:30pm on Wednesday evening.

The Armed Forces of Malta immediately deployed the MELITA 1 Search and Rescue Vessel and AW139 Helicopter to the location, which was 13 nautical miles East-Northeast from Malta.

AFM said that medical assistance was not required, and the Immigration Unit from the Malta Police Force were called in for further assistance.

The Master of MELITA 1, stated that this was a different rescue than others as they risked their lives, as there was a very big swell and strong winds.

In its statement, the AFM Headquarters thank all members of the Force for the dedication, commitment, and loyal service they are providing to the country, particularly in such adverse situations with inherent high risks.

Photos: Iranian tanker caught in a standoff with the West heads to Greece, shipping data shows

With Iran deal teetering on brink, Europeans assess next steps