Emirates, the world’s largest international airline, is looking for Maltese candidates to join its growing multinational cabin crew team. The company issued a statement saying that the airline is looking for both women and men to fill the new positions which have been created due to the continued growth of the airline, including the addition of new routes on the Emirates network as well as additional aircraft.

Emirates invests in the future and in its customers 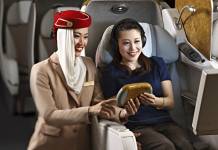 The Dubai-based airline is holding a cabin crew recruitment Open Day on Monday, 3rd February 2020. It advised that “There are a number of criteria that need to be filled in order to be considered. These include that applicants are at least 21 years of age at the time of joining and have an arm reach of 212cm when standing on tiptoes.”  Paul Fleri Soler, Country Manager for Emirates in Malta said that “Emirates offers candidates an outstanding career opportunity, in-depth training as well as an unmatched cultural exposure working within a truly international team from over 135 nationalities including 60 cabin crew from Malta,” 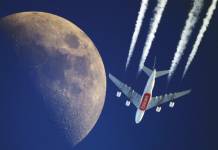 Emirates has been operating in Malta since 1998 and connects passengers to more than 158 destinations in 84 countries across six continents, operating a daily service between Malta and Dubai, onboard one of the most modern fleet of aircraft in the world.