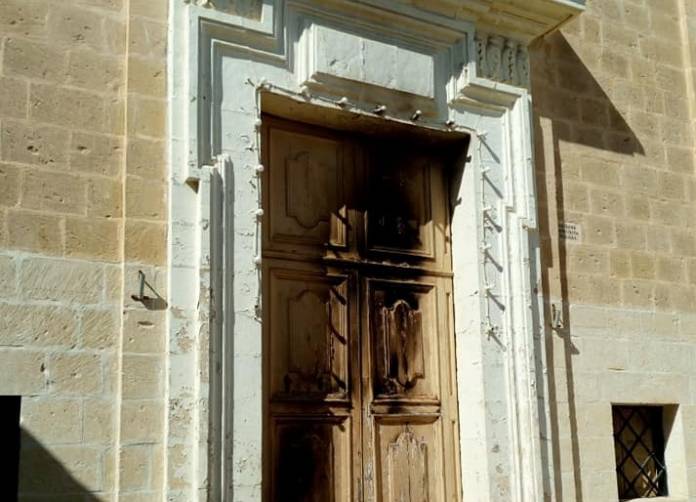 The Sanctuary of Santa Marija tal-Ħlas in Ħal Qormi has been targeted by vandals overnight.

A police spokesperson confirmed with this newsroom, that doors of the sanctuary were vandalised some time during the night between 13 and 14 October. The spokesperson explained that a man who owns property nearby filed a police report after spotting burn marks on the sanctuary’s main door and side door.

The police went on site to investigate further the report.

A magisterial inquiry into the case has not been appointed.

A resident writing on Facebook urged the public to remain vigilant and keep an eye on rural chapels in the country.

This is the second time over the past few days, that Church property has been targeted by vandals. Last Sunday, it was reported that unknown vandals beheaded the statue of St Anthony at the Marsaskala family park.