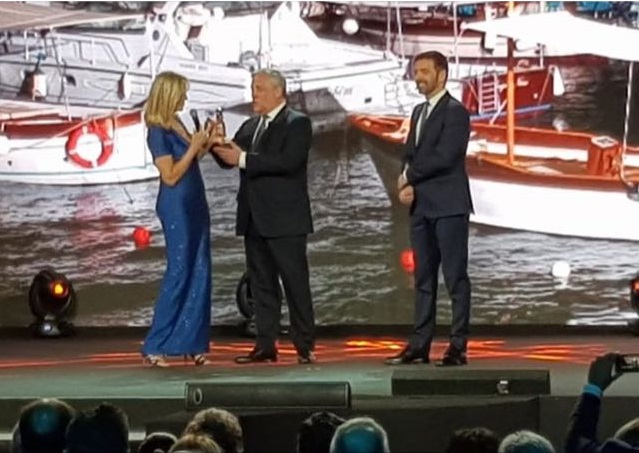 Antonio Tajani, President of the European Parliament, dedicated the Biagio Anges International Journalism Award to Daphne Caruana Galizia and to other assasinated journalist. Tajani, a former journalist, wrote this in a Tweet sent immediately after receiving the award. 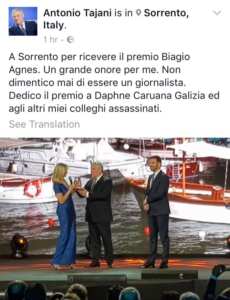 Tajani was one of the recepients of the tenth edition of the giving of the Biagio Agnes Award which was held yesterday in Sorrento, Italy. Other winners included the director of Le Monde Jèrome Fenoglio, the deputy director of Corriere della Sera Barbara Stefanelli, the columnists Paolo Mieli and Ezio Mauro, and the journalist of Il Sole 24 Ore Adriana Cerretelli.

Biagio Agnes was an internationally acclaimed Italian journalist as well as Director General of RAI.

The award ceremony, presented by Francesca Fialdini and Alberto Matano , will be broadcast on RAI1, Wednesday 27 June, in the late evening.