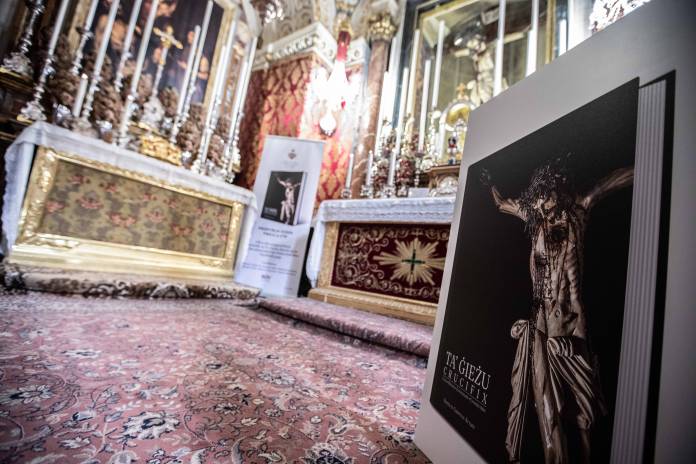 The ArchConfraternity of the Sacred Crucifix officially launched ‘Ta Ġieżu Crucifix – Faith, Conservation, History, Iconography’ – a publication about one of Malta’s most recognisable effigies of Jesus Christ.

The Book was launched during a press conference held at the Church of St Mary of Joseph (Ta’ Ġieżu) with the recently restored Crucifix in the background.

Keith Scicluna, treasurer of the Archconfraternity of the Sacred Crucifix explained that these days are a time of joy for the Archconfraternity because it celebrates the feast of the Exaltation of the Holy Cross, better known locally as Santu Holy Kruċ. Furthermore, at the end of this week, there will be a ceremony in which over forty new brothers and sisters will become effective members of the Archconfraternity, and it shows despite today’s life offers many distractions, there is still space for devotion.

“It is also a time of happiness since we can now enjoy the image of the crucifix in all its glory, following the extensive conservation and restoration project which took over a year to complete,’ said Mr Scicluna. ‘It would have been a shame to archive all the information gleaned during the restoration process, which restoration was fully supported by Bank of Valletta. Thus the decision to publish these discoveries was taken and today we are here to launch the publication Ta’ Ġieżu Crucifix – Faith – Iconography – History – Conservation.

“The book, whose front cover we can see here, will be ready towards the end of the next year’s Lent (towards the end of March 2020) but is being launched today precisely when we are celebrating the feast of the Cross,’ continued Mr Scicluna. ‘Anyone interested can make a pre-booking by completing the form that is available from the Church as well as online through the Facebook page that goes by the name ‘Arċikonfraternità tas-Ssmu Kurċifiss’ where one can reserve a copy at an advantageous price.

Dr Christian Attard, who was the leader of the Art Conservation Consortium that was entrusted with the restoration process is also the editor of the publication.

“The venerated crucifix, considered by many to be miraculous, has just undergone a long and extensive conservation and restoration. To complement this process, the Arch-confraternity of the Crucifix, which is the owner of the Crucifix, sought to launch a thorough study dealing with different aspects relating to the crucifix,’ said Dr Attard. ‘A number of scholars, some of whom were directly involved in the restoration and conservation of this work of art, are compiling the content of this publication that will not only honour the Crucifix but will also will leave an interesting legacy for future generations.” 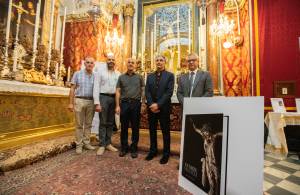 The book, besides an interesting introduction by the Archbishop, will consist of two main sections. The first section comprises a collection of studies dealing with historical, artistic and social aspects and the other will be directly related to the conservation and restoration process. Three studies, penned by Dr Attard deal with the iconography and history of the Crucifix, the early history of the Archconfraternity, and the third, in collaboration with architect Andrew Ellul, on architectural spaces belonging to the Archconfraternity, the Chapel, the Grotto and the Oratory.

Roberta Cruciata, from the University of Palermo, will study the Statues used in the Good Friday procession while Giuseppe Fazio is preparing a study on the life and works of Frate Innocenzo of Petralia Sottana, the Crucifix’s artist. Last but not least Simon Mercieca, from the University of Malta, is completing a study on the cult revolving around the crucifix and how it developed in Malta.

The second section will be mainly in the hands of Fr Charles Vella and Michael Formosa. Fr. Vella was the main restorer work and therefore has an intimate knowledge of this work of art. This section will also feature inserts by James Saliba, who oversaw the restoration of the cross and Matthew Grima from Heritage Malta who studied the polychromy of the Crucifix. This section will feature a photographic essay documenting the restoration process from beginning to end. 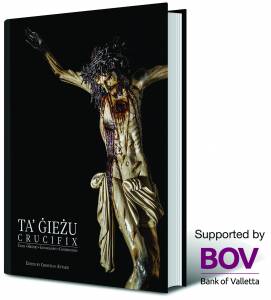