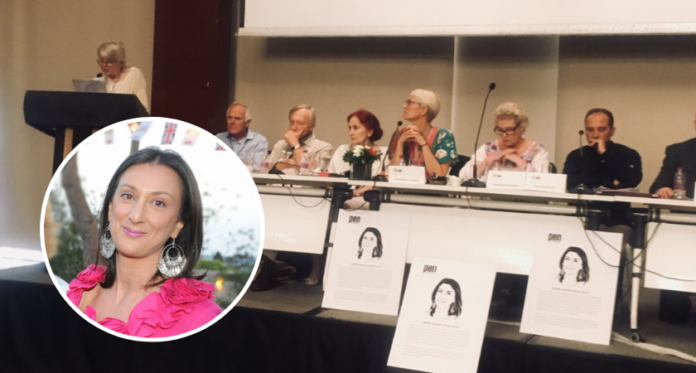 There is an empty seat in the 84 PEN congress as a symbol of the PEN International’s global membership of writers in support of the call for a public inquiry regarding the assassination of the journalist Daphne Caruana Galizia who was killed in a car bomb at il-Bidnija less than a year ago.

PEN remembers Daphne Caruana Galizia, killed in #Malta almost one year ago with the symbolic #EmptyChair at the #84PENCongress. PEN International’s global membership of writers supports the call for a public inquiry into her death. pic.twitter.com/5dVJhfbGi6

PEN International is one of the five NGOs which will be investigating the murder of the journalist between 15-17 October. The result of their investigation requires the conclusions to be presented during a press conference on 17th October at 9am.

The NGOs include Reporters Without Borders, the Commitee to Protect Journalists, the European Centre for Press and Media Freedom and the International Press Institute.