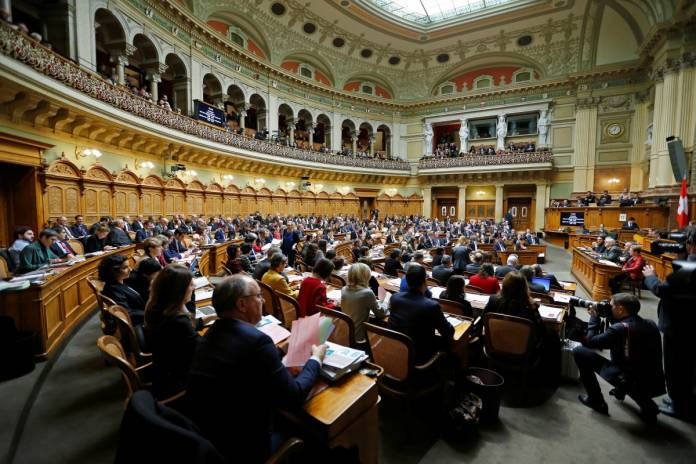 Environmentalist Greens failed to win a seat in the Swiss federal government on Wednesday, unable to persuade parliament to oust a sitting minister and make room for an upstart party that made record gains in October elections.

Changing just one of the seven cabinet seats would be a sensation in the stability-loving country whose painstaking search for political consensus has featured the same broad coalition in nearly unchanged form for decades.

Support for the Greens had surged amid voter concerns about climate change, moving Swiss politics to the left and threatening to shake up the coalition of four parties which make up the government.

But Greens leader Regula Rytz’s challenge to Ignazio Cassis, the foreign minister from the pro-business Liberals (FDP), failed in a vote by the combined 246 members from both houses of parliament who elect each government minister individually.

MPs said they did not want to rock the political boat or rob the Italian-speaking southern canton of Tessin of its sole representative on the federal government.

Landlocked Switzerland is especially vulnerable to climate change. Temperatures in the country are rising twice as quickly as the global average, and its iconic glaciers are shrinking.

The SVP, Social Democrats, FDP and Christian Democrats have divvied up cabinet seats in nearly the same way since 1959. The three biggest parties get two seats and the fourth-biggest gets one under the informal “magic formula” system.

In the past, it has taken more than one national election cycle to change the cabinet lineup to more closely reflect the results of the voting.

The election of two new cabinet members after tactical resignations last year also complicated the Greens’ bid for a seat by making it necessary to vote out a sitting member, violating tradition.