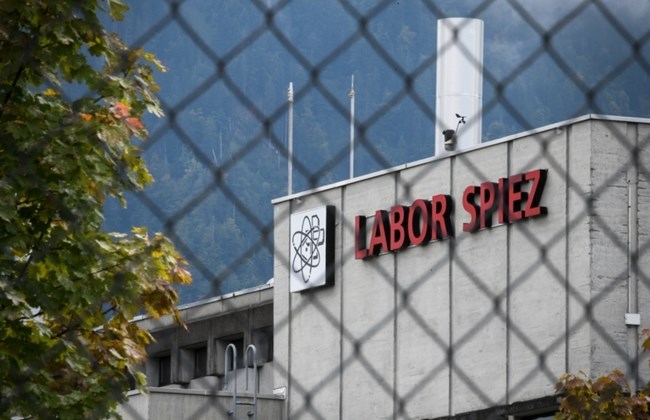 Switzerland has demanded that Russia cease any spying activities on its territory after two suspected espionage cases came to light in recent days.

The Swiss foreign ministry has summoned Russia’s ambassador in Bern three times this year to raise concerns about suspected operations targeting organisations based in Switzerland, including a laboratory used to test chemical weapons.

“The Swiss Dept. Of Foreign Affairs has called on Russia to immediately end illegal activities on Swiss soil or against Swiss targets,” it said in a statement on Sunday.

Switzerland’s intelligence agency said on Friday it had worked with British and Dutch counterparts to foil a Russian plot which, according to newspaper reports, was targeting a Swiss laboratory.

Citing unnamed sources, the Swiss newspaper Tages-Anzeiger and the Dutch NRC Handelsblad said the suspected agents were heading for the Spiez laboratory near Bern which analyses chemical and biological weapons and tests nerve agents such as Novichok.

Britain says Moscow used Novichok to try to kill former Russian spy Sergei Skripal in the English city of Salisbury in March and has charged two Russian men in absentia with attempted murder.

The operation resulted in the Netherlands expelling two suspected Russian spies in March.

Meanwhile Swiss prosecutors said they were investigating a cyber attack against the offices of the World Anti-Doping Agency in Switzerland.

Criminal proceedings were launched in March 2017 on suspicion of political espionage, the attorney general’s office said on Saturday.

The individuals concerned were the same pair identified by the Swiss intelligence service on Friday, the office said.

Switzerland may have been targeted because it hosts many international associations like the International Olympic Committee and the United Nations.

The Swiss newspaper Sonntags-Zeitung on Sunday said that according to a Swiss intelligence agency estimate, one in four Russian diplomats in Switzerland are or had worked as intelligence officers.

The Russian embassy described the newspaper’s allegations as “unsubstantiated” and “baseless”.

“This seems an absurd attempt to give readers a biased view of the Russians working in Switzerland,” the Russian embassy said.

Von der Leyen says she cannot say whether a deal will...