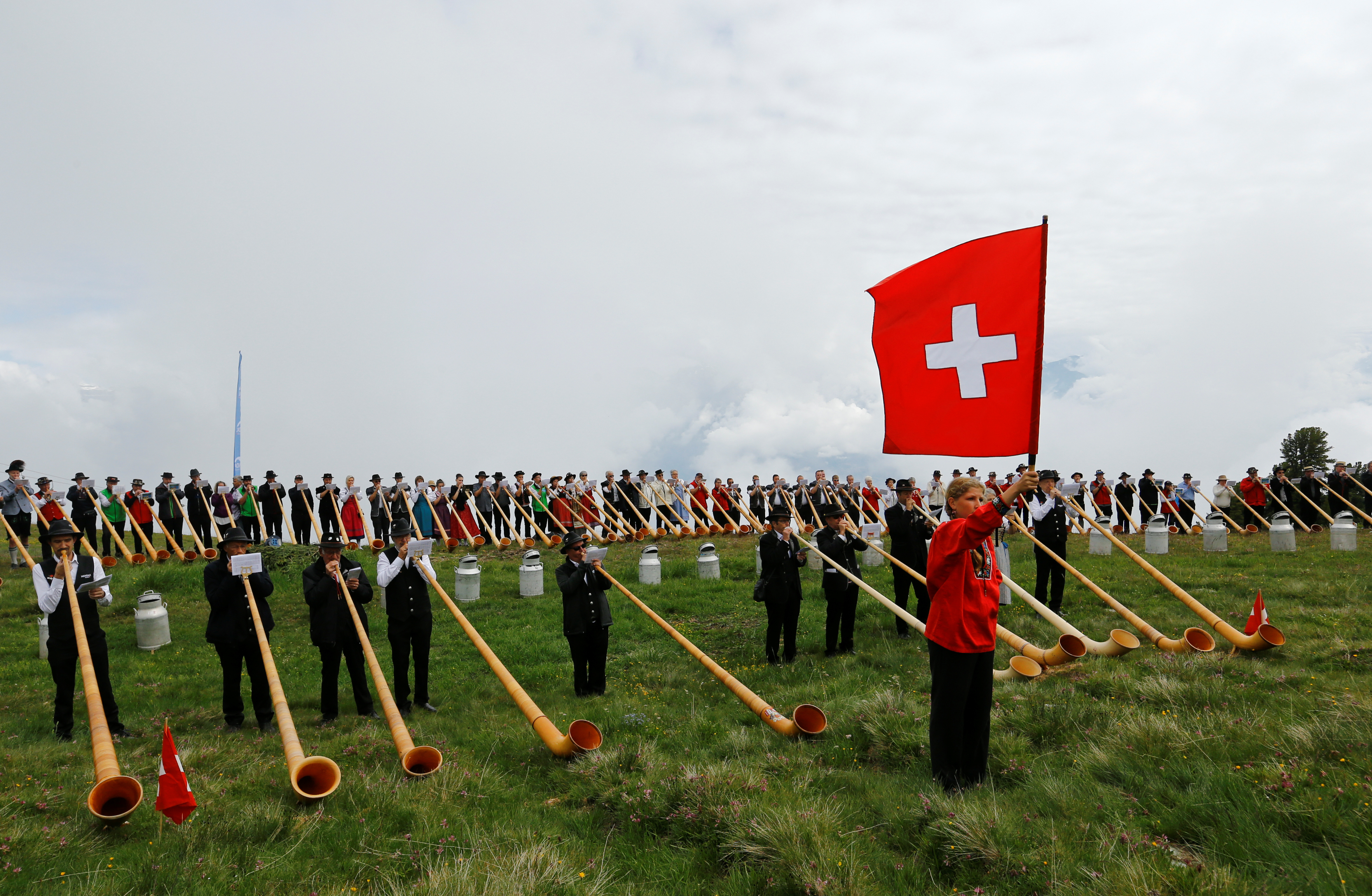 The soft sounds of hundreds of wooden Swiss alpine horns filled the valley below Switzerland’s Mount Tracouet on Sunday, as the world’s largest festival of its kind concluded after three days.

Over three metres long and built in several connecting pieces to make transport manageable, they are beloved by many Swiss for whom the sombre tones conjure images of snow-topped mountain peaks swirling in the clouds.

While the horns have been used by mountain dwellers in Switzerland, Germany, France and elsewhere, they are commonly associated with the traditional Swiss agrarian culture that dominates the country’s Alpine hinterlands.

They were used historically by herders to call to their cows and are often blown in the evening, when their resonating sounds that carry for miles seem to usher in the falling dusk.

More than 3,500 people attended this year’s event in the ski town of Nendaz in the Swiss canton of Valais above the Rhone River valley.

Competitors, solo and in ensembles, vie for the rights to call themselves among the best alpine horn blowers in the world.

Some 200 men and women dressed in folk costumes and blowing fiercely into their instruments unite for the grand finale where they play simultaneously.

In neutral Switzerland, fairness is paramount, so the Nendaz judges are sequestered inside a tent where they cannot see who is playing, allowing them to score with impartiality.

Switzerland even has a alphorn academy, a 20-year-old Montreux-based group that seeks to promote the instrument at home and around the world.