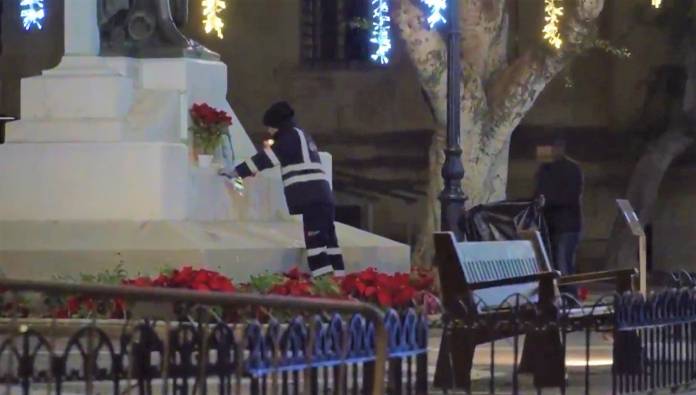 Government employees have once again been sent to clean up The Daphne Memorial on the Great Seige Monument in Valletta. This video was shot by foreign journalists who are currently in Malta following the political crisis and the revelations which are pouring out of the court testimonies in the clamorous case of the murder Daphne Caruana Galizia.

This is the umpteenth time this memorial was swept clean but the first time after the revelations from the investigation have started to confirm Daphne’s writings in her blog Running Commentary. The site is regularly maintained by the family and friends as well as by rule of law NGOs. 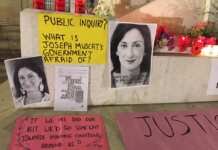 The worker tasked with the clean-up wore a mask. When questioned by the journalists, he answered that he was just doing as he was told and that he had ‘orders from above’. The department falls under the aegis of the Minister for Culture Owen Bonnici whose car recently drove through a group of protesters, injuring some. 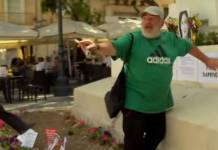 Nicholas Zammit given final farewell; “a saint in heaven”