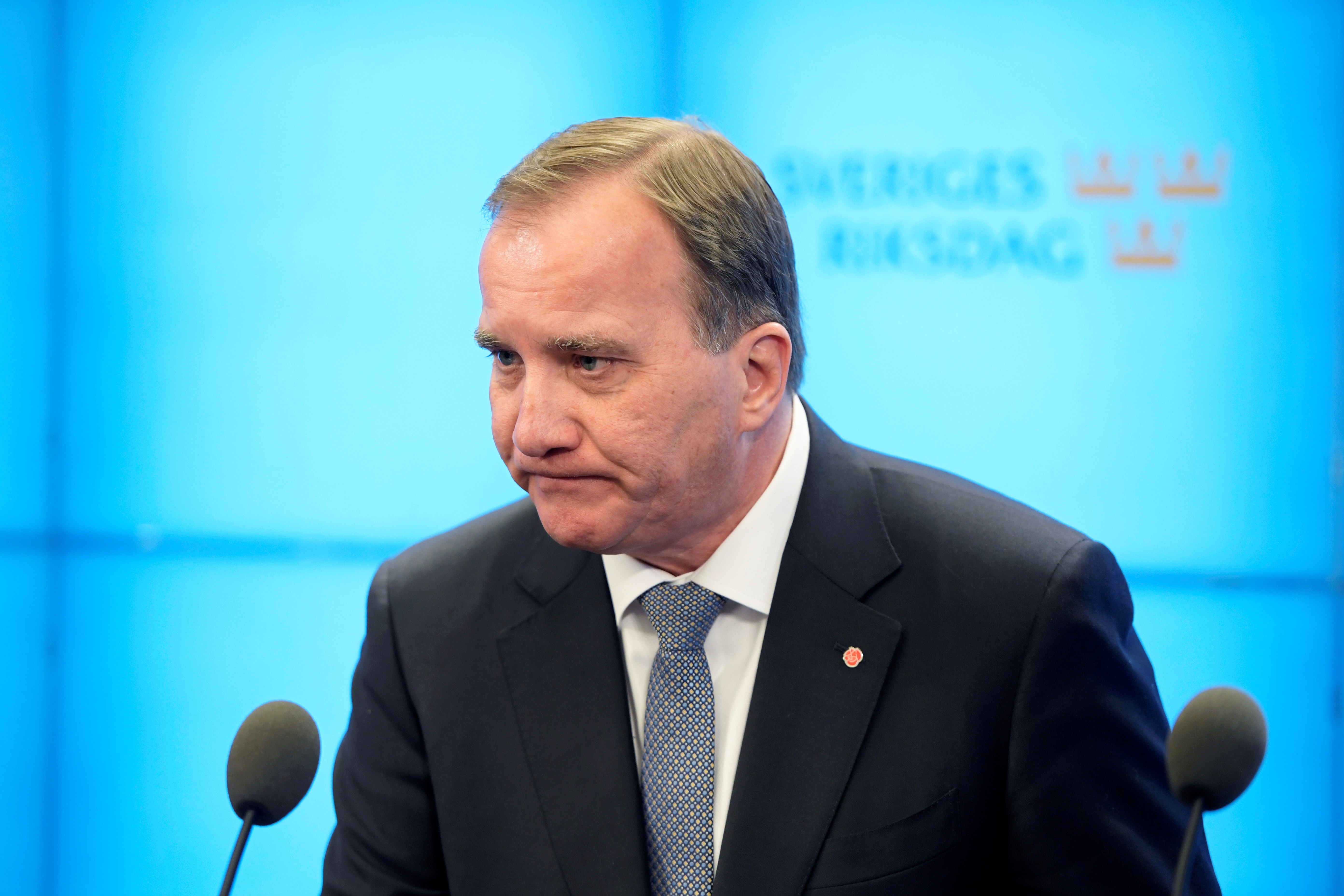 Swedish Prime Minister Stefan Lofven lost a no-confidence vote in parliament on Tuesday and will step down after four years in power, but with neither major political bloc holding a majority it remained unclear who will form the next government.

Voters delivered a hung parliament in the Sept. 9 election with Lofven’s centre-left bloc garnering 144 seats, one more than the centre-right opposition Alliance.

The anti-immigration Sweden Democrats, with 62 seats and shunned by all parties since entering parliament in 2010, backed the Alliance in the vote – an obligatory test of the prime minister’s parliamentary support after an election.

Analysts expect the speaker to pick Ulf Kristersson, leader of the biggest Alliance party, the Moderates, to try to form a new administration.

But lacking a majority, he needs support either from the Sweden Democrats, with roots in the white supremacist fringe, or the centre left.

“If the Alliance parties choose to try to govern as the smallest bloc, then they make themselves totally dependent on the Sweden Democrats,” Lofven said.

Sweden Democrat leader Jimmie Akesson repeated on Tuesday his party wanted a say in policy as the price of supporting a new government.

“We will do everything in our power to stop any attempt to form a government, do everything to bring down every government, which does not give us a reasonable influence in proportion to our electoral support,” Akesson said.

The Alliance of the Moderates, Centre, Liberal and Christian Democrats has said it will not negotiate with the Sweden Democrats, who want to freeze immigration and have called for a new vote on membership of the European Union.

“I want to continue to lead the country as prime minister,” he said.

“I want to lead a government that has broader support in the country’s parliament and that allows us to leave stalemate of bloc politics.”

The speaker has four goes at finding a new government and if the stalemate continues, Sweden will hold another election within three months.

With a new vote unlikely to change the situation much, some kind of compromise is likely to be thrashed out.

A number of party combinations have been suggested, but all would have a heavy political cost and a deal is could take weeks.

Lofven will lead a transition government until a new administration is installed.