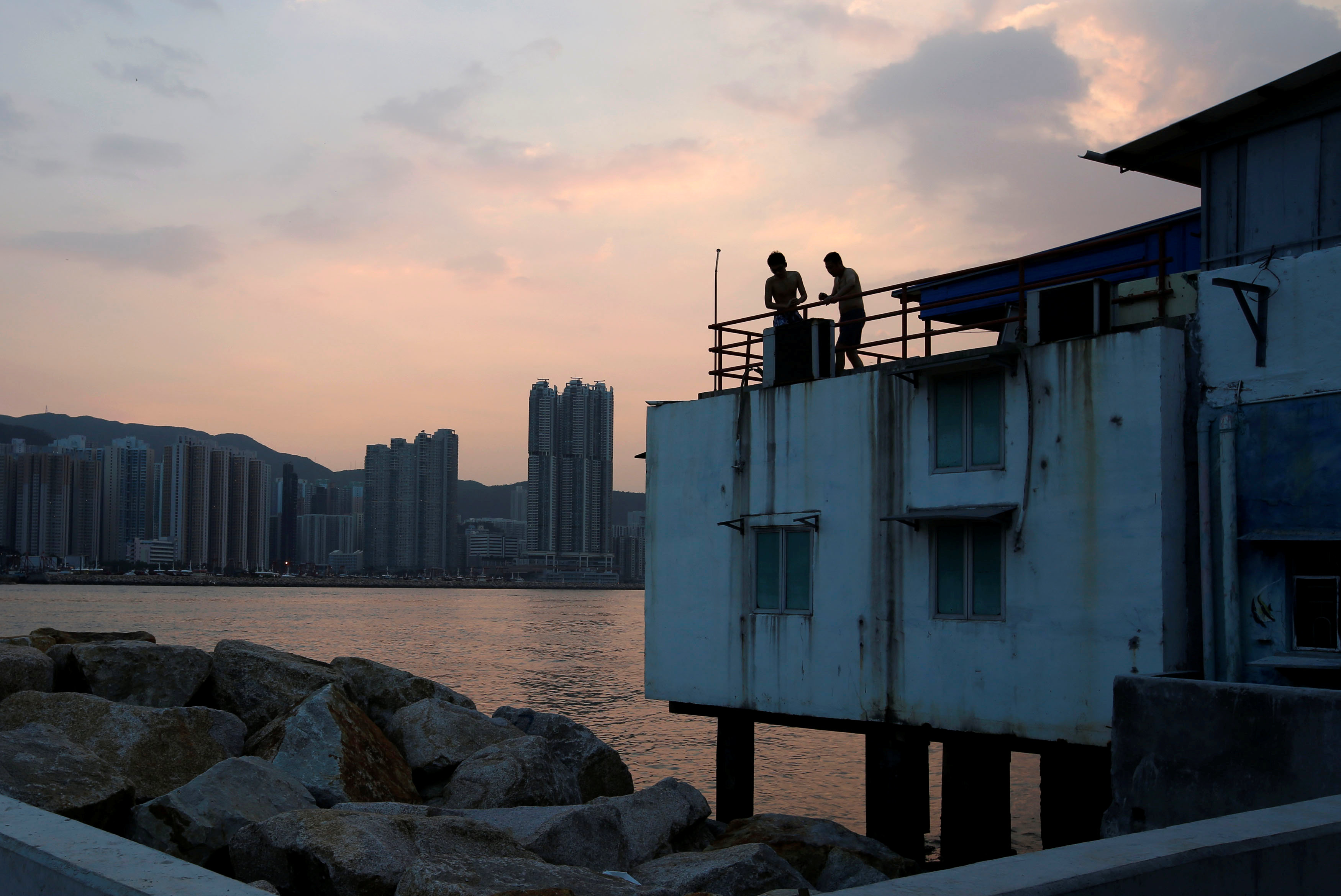 A strong typhoon packing winds of more than 200 kph (124 mph) tore across the northern tip of the Philippines on Saturday, bringing heavy rain and causing widespread power and communications outages.

There were no immediate reports of casualties after super typhoon Mangkhut, a category 5 storm, entered the province of Cagayan in the early hours and sent winds and rains across the entire main island of Luzon.

Disaster authorities have yet to complete damage assessments from Mangkhut, the 15th and most powerful storm to hit the Philippines this year, which had maximum gusts of 305 kph (190 mph), and was expected to clear land after 10:00 a.m. on its way towards southern China and Vietnam.

“Almost all of the buildings here have been damaged, the roofs were blown away,” said Rogelio Sending, a government official in Tuguegarao, the capital of Cagayan. “There has been no electricity supply … communications were also down.

“We’ve received reports that many trees were uprooted and electric posts toppled and are blocking the roads. This makes the clearing operations really difficult.”

Tens of thousands of people have been evacuated from coastal areas following warnings of possible storm surges of 3 m (3.3 yards) to 6 m (6.6 yards). Floods, landslides and widespread property destruction are expected.

Authorities said some people had opted to stay home and ride out the storm to protect their properties.

Mangkhut’s peak winds have been stronger than those of Hurricane Florence, which killed five people and halted power supply to more than 900,000 U.S. homes and businesses in the Carolinas, before it was downgraded to a tropical storm.

Mangkhut has a diameter of about 900 km (559 miles) and gathered pace as it reached the Philippines, but has since slowed, with wind speeds falling to 180 kph (112 mph).

Philippine authorities have said they are better prepared than in 2013, when Typhoon Haiyan devastated central areas of the country and killed 6,300 people.

Saving lives was paramount and it was too soon to know the extent of Mangkhut’s devastation, said Francis Tolentino, an adviser to Philippine President Rodrigo Duterte and disaster response coordinator.

“I talked to the president last night. His clear and concise marching order was ‘Save lives, save lives,'” Tolentino told news channel ANC.

Military, medical and emergency response teams were on standby, with more rescue teams ready to help first-responders in trouble, Ricardo Jalad, head of the disaster agency, told a televised meeting.

About a quarter of the estimated 4.2 million people affected by the storm live in poverty and the United Nations estimated about 1.4 million farmers and 100,000 fishermen were hit by the typhoon.

Monique Agius   November 21, 2020
The US Food and Drug Administration (FDA) will decide if the vaccine is safe to roll out. It is yet unclear how long the process would take, but the US government is expected to approve the vaccine in the first half of next month.