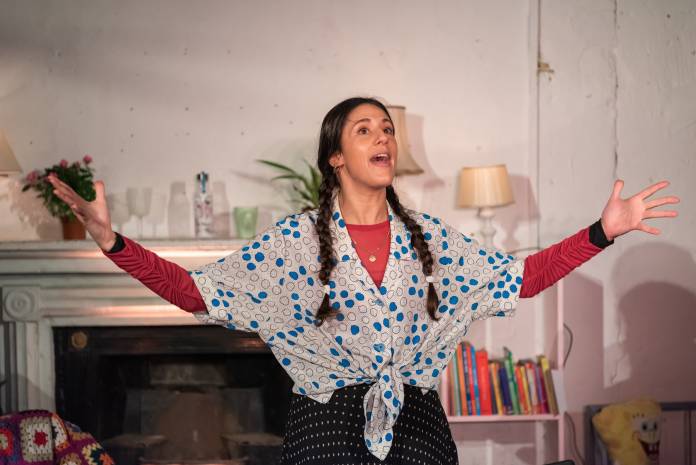 After three packed performances of Sunrise and four more this weekend which are also completely sold out, FM Theatre Productions has announced an additional three shows of the critically-acclaimed comedy being performed in the intimate setting of the Splendid in Valletta. The extra shows will run from the 27th to 29th February.

Penned by actor, comedian, writer and cartoonist Jessie Cave, who is best known for her role as Lavender Brown in the Harry Potter film series, Sunrise is comic storytelling of the highest order, as the protagonist Jessie shares stories about dating again after a complex break-up and trying to get her personal life in order, all before her kids wake up.

Audiences to the first weekend of this one-woman show have been wowed by Rebecca Camilleri’s poignant and oftentimes hilarious portrayal of Jessie. It is a roller-coaster of a role, and the actor has expertly captured the myriad emotions of the many characters she inhabits, while director Chiara Hyzler has drawn on her experience and unique vision to bring the script to life.

“We are extremely thrilled by the reaction we’ve had to the show so far,” says Hyzler. “That so many members of the audience have commented to us that they relate in one way or the other to the characters that we meet has made our efforts extra special. It also gives us enormous satisfaction that due to the demand of tickets we will have the pleasure of bringing this fantastic and hilarious production to audiences who may have missed out on booking so far, allowing us to share Jessie’s wonderful experiences even further,” she adds.

Tickets may be booked via email on fmtbooking@gmail.com or by calling the ticket hotline on 99048169.

Watch: “Everyone in the world can relate to this hilarious comedy” 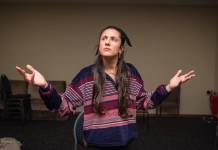 Sunrise by Jessie Cave will be staged by FM Theatre Productions on the 20th, 21st, 22nd and 23 February 2020 with an additional three performances now taking place on the Thursday 27th at 6.30 pm, Friday 28th at 7.30 pm and Saturday 29th February at 7.30 pm. The show is being staged at The Splendid, 74 Triq id- Dejqa, Valletta. This production is suitable for audiences aged 18 years or over. More information may be found online at www.fmtheatre.com.

Watch: “Everyone in the world can relate to this hilarious comedy”

Amy Borg   April 9, 2020
The Civil Society Network is appealing for the dissemination of masks to the general public free of charge and at the same time for the introduction of the obligation to wear masks when in public places, or at least in urban areas.

Sylvana Debono   April 8, 2020
At 12:30h, Prof Charmaine Gauci will be addressing the daily briefing on the current situation of the COVID-19 pandemic in Malta.

Amy Borg   April 9, 2020
Valyou Warehouse in Naxxar was on Monday fully sanitised following the confirmation that one of their storekeepers tested positive for coronavirus. In a statement, the supermarket said that all measures to ensure the safety of their staff and customers were taken, under the direction of the Office of the Superintendence of Public Health.