The government has commissioned a study looking into the possibility of introducing a universal basic income, through which citizens would each receive a guaranteed income irrespective of their situation.

The plans were announced by Minister Carmelo Abela during a meeting of the Malta Council for Economic and Social Development. Abela also confirmed that economist and academic Joe Falzon would be carrying out the study.

No country has implemented a basic income yet, though a number of pilot programmes and experiments have been made in a number of countries. Their experience will be analysed as part of the study.

Prof. Falzon is also tasked with presenting preliminary cost estimates of the ideal model of a basic living income to be implemented in Malta, and to determine how this compares to the social security programmes being offered.

Abela said that his ministry would be focusing on the concept of a basic living income in the coming weeks, and that the aim was to ensure a more decent income for everyone.

In light of the economic impact of Covid-19, the UN Development Programme had proposed a temporary basic income programme which would aid 2.7 billion people in 132 developing countries 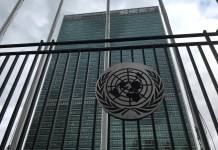