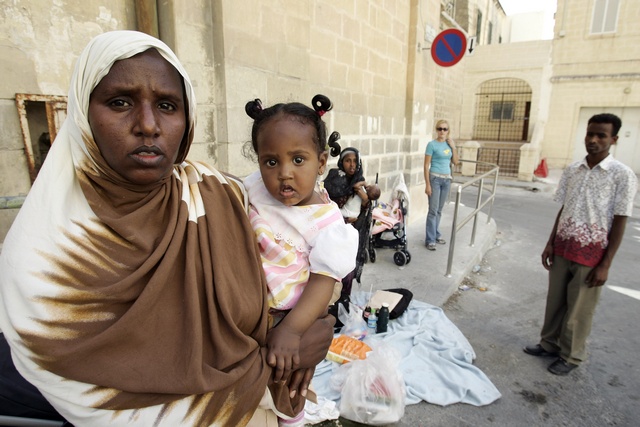 A study titled “In This Together” highlights the fact that women residing in open centres in Malta do not feel safe in the presence of male security guards. Amongst other issues, the study reveals that these women are so fearful that they are also afraid of going to the bathrooms at night time.

The research has been possible thanks to a collaborative effort between the Jesuit refugee Service Malta and the Womens Rights Foundation and funded by the Commonwealth Foundation.

The document states that there are 114 women living in institutions and open centres in Malta. These women are either escaping domestic violence or the dangers of war and persecution in their home country. The study was conducted through focus groups within three domestic violence shelters and two open centres.

Many do not feel supported by staff

A very common issue that emerged out of this study is the fact that many women do not feel supported by the members of staff. They are afraid to communicate with them on their personal requirements as they are afraid that they will be persecuted for voicing their needs. This also diminishes their sense of belonging and their dignity, resulting in a more brittle emotional wellbeing.

Many women that live in domestic violence shelters have commented ion the fact that staff is not trained to provide emotional support. They mostly blame this on lack of knowledge and understanding of domestic violence issues.

The women also commented that social workers were ill-equipped to help resolve issues pertaining to social assistance and that their information was not always up to date. Instances of social workers not being present to provide information were also reported.

A number of the women within the focus groups also talked about the fact that many rooms in these centres do not even have windows. They also added that it is usually too hot as no air conditioning or fans are provided. The rooms seem also lacking of essentials such as chairs and tables. Some even commented on cockroaches and insects that have made the rooms their habitat. They also added that when they complain they get “punished” by being transferred to a smaller room.

The study concluded that notwithstanding the different circumstances and backgrounds, the women had similar concerns. Amongst the issues worrying these women are the lengthy court proceedings, high rental prices and emotional wellbeing.

A strong sense of self-determination has also emerged. Such a goal may only be reached when emotional needs are met, and tools to assist them to move on to the next chapter of their life are provided.