The Maltese Association for Parents of State School Students insisted that the Education Ministry should not create a situation that put vulnerable children in a disadvantageous position as it condemned the stopping of support services to students with a disability due to the Covid-19 pandemic.

MAPSSS said that it joined the Commission for the Rights of Persons with Disability in condemning the discrimination faced by students with a disability due to Covid-19 operational and logistical concerns.

It highlighted that in its discussions with the ministry, it had asked for a holistic plan on how schools would be able to pursue their mission of supporting vulnerable children and their families psychologically, socially and academically.

It thus agreed with the CRPD that Covid-19 school measures could not be provided at the expense of students with disabilities or those requiring specific support.

Students who need specific teachers will suffer the most – Oliver Scicluna

Earlier in the day, the Commissioner for the Rights of Persons with Disability, Oliver Scicluna, spoke on the matter in an interview with Jes Saliba on the Morning Show on 103.

He lamented that the students who will suffer the most are those who require the support of specific teachers, such as those who teach deaf or blind students. He also highlighted that an early intervention service had been suspended for over a year due to union directives.

Scicluna expressed his disappointment that few seemed to be concerned with the issues faced by people with disabilities.

He said that while he felt that the measures governing the reopening of schools appeared to be mostly good, he expected better when it came to people with disabilities. He also felt that students who are medically vulnerable did not receive the attention due. 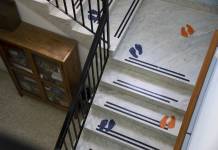