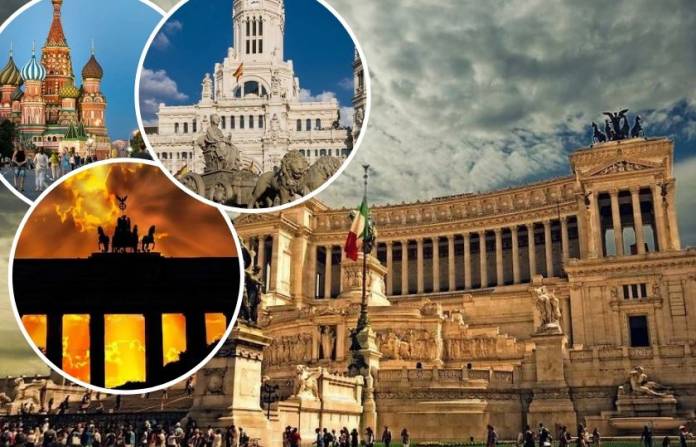 Examiners assessing the performance of candidates sitting for their Matriculation Certificate (MATSEC) stated that students need to be exposed to foreign languages and read more.

In their 2019 examiners’ report, the examiners found that the most striking issue is the overall poor level of Italian. The majority of the 75 candidates who sat for the exam found it extremely difficult to express themselves in the Italian language.

The examiners found that the number of candidates sitting for Italian at Advanced Level continued to decrease, in line with the trend shown during the last years. The performance of 2019 was not very different from the previous years although there has a slight positive shift from Grades D and E to Grade C.

It was also found that a number of candidates who were absent for the exam stood at 4.8% in May 2018 going up to 20% in the last session.

There were a total of 95 candidates who sat for the Italian exam at Advanced Level, 53 of which obtained a mark between A and C while nine candidates failed the exam.

‘Students chose to remain in their comfort zone’

In the essay and language exercises, candidates chose mostly an introspective subject while the least popular title was the one requiring imaginative skills. At an advanced level, students should be able to express themselves on a wide range of topics, rather than remaining in their comfort zone, the examiners’ noted in their report.

The examiners noted that the average mark was rather unsatisfactory and only 15 candidates reached the 60% level in this grammar/language task. Six of these, however, really excelled in this task, obtaining quite a high mark while a number of others fared well in another part of the test much less demanding. Grammar tasks are used to appropriately test the candidates’ language ability.

In the anthology section, candidates showed a global grasp of the most important features and key elements of Italian works in the syllabus however several mistakes showed that they had difficulties with contextualizing the texts. “The lack of historical and literary knowledge and background play a very negative part in their performance,” the examiners noted.

The results showed that the overall performance was weaker this year than last year, though the percentage rate of failures was only slightly higher than in 2018 by 0.18%.

The examiners noted that the essays were generally well argued and to the point. Marks were lost when candidates did not conform to the word count required of them of 350-400 words. “It is a pity that some good essays lost marks mainly because they exceeded the limit of 400 words and, in a few cases, because their number of words was below 350,” the examiners remarked.

Analyzing the students’ grasp of the language, the examiners noted that there seemed to be an improvement with regard to the application of grammar rules. The examiners however indicated a number of common errors found in the candidates’ examination papers. One such error was the interference with other languages was a cause of loss of marks, “les buses” was cited as a striking example of such an error.

The examiners noted that despite candidates tried to improve their sentence structure and vocabulary, they failed to understand the worth of socio-pragmatics, that is what is said in one language does not apply to another. The examiners also drew the attention to the syllabus, saying that under the heading ‘Essay’, candidates are required to ”make use of a wide range of vocabulary and include idiomatic expressions”, however this is more often than not disregarded.

“The importance of reading in French cannot be stressed enough,” the examiners noted.

The examiners noted that in the oral examination, the candidates demonstrated that they could discuss a theme in a flowing conversation. Some improvement however, was still necessary with intonation and, to some extent, articulation.

As for the written language, the examiners found that it was generally weak and basic errors in grammar and syntax were heavily penalised at this level. The candidates’ limited vocabulary must also be given the attention it deserves.

‘A rather weak performance in German exam’

No one failed their Spanish exam

No comments on candidates’ performance so as not jeopardize their privacy

A total of eight candidates sat for the Russian exam at Advanced Level, four obtained an A, two obtained a B, one a C and another candidate failed.

Changes in O’ and A’ Levels announced