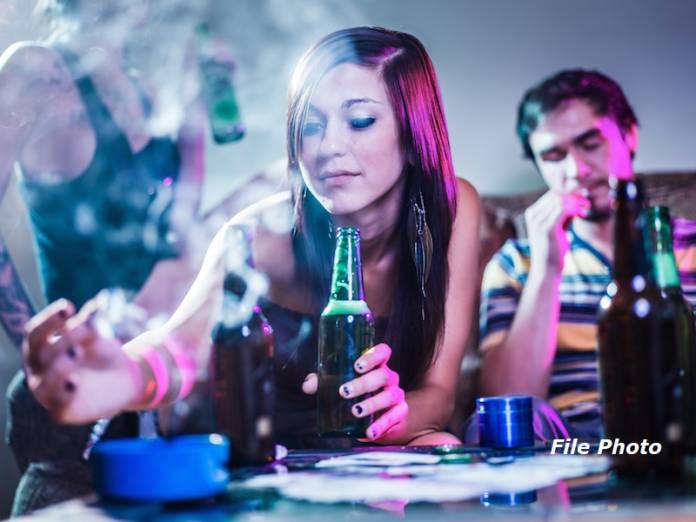 According to the latest ESPAD survey almost three-quarters of Maltese students perceive alcohol as easily obtainable while two out of three see cigarettes as not difficult to get. Half the students used online gaming sites while one in three said that cannabis was quite accessible.

These were some of the results which came out of the ESPAD survey in 2019 which was carried out in 35 European countries. Up to 3,043 students from schools all over Malta and Gozo participated in the Malta 2019 study.

The study reported that students perceive alcohol to be “fairly” or “very easy”. In fact, figures show that beer is the easiest to obtain by 75%, followed by 72% wine, 67% premixed drinks, 60% spirits, and 59% ciders.

When asked which alcoholic beverages had been widely consumed in the last 30 days , 40% of respondents said spirits and 40% wine, followed by 33% beer, 31% premixed drinks and 16% cider. Moreover, the survey questioned students about the last drinking occasion, and 21% stated at home, 19% at a bar or pub, 14% and/or in a club. Four out of five students reported that they have consumed alcohol in their lifetime, whilst 73% consumed alcohol during the 12 months and 48% in the last 30 days.

With regards to gender differences in alcohol consumption, a higher percentage of girls than boys have been intoxicated in their lifetime (36% vs. 29%).

Drugs and Other Substances

A relatively high percentage of students thought that it would be “very easy” or “fairly easy” to obtain cannabis (33%), cocaine (20%), tranquillizers or sedatives (19%), and ecstasy (15%). The most frequently reported substances other than alcohol, cigarettes and e-cigarettes first used at the age of 13 or younger were cannabis at 2% and inhalants also at 2%. The report said that the use of a range of illicit drugs (cannabis, LSD, amphetamines, crack, cocaine, heroin, ecstasy and GHB) is less widespread than the use of alcohol and cigarettes/e-cigarettes, with 12% of students reporting the use of any of the listed illicit drugs during their lifetime. Other substances which were frequently reported as having ever been used were: cannabis at 12%, and inhalants at 5%. This was followed by alcohol together with pills to get high (4%), synthetic cannabinoids (4%), tranquillizers or sedatives without a prescription (3%), painkillers to get high (3%), whilst cocaine and ecstasy amounted to 2% and 1% respectively.

Sex differences in the use of other substances examined were not large.