Two university student organisations have been denied access to relevant contracts between the Government and a third-party school. This comes following the controversial business decision to open a new medical school in Gozo.

On the 11th of September 2019, the Malta Medical Students Association (MMSA) together with Kunsill Studenti Universitarji (KSU) opted to submit an application for viewing of relevant contracts between the Government of Malta and Barts Medical school in view of ever-growing concerns amongst the medical student body as well as the general public. 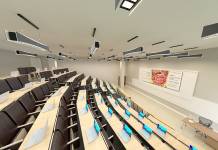 The students raised concerns about how University students will be affected by Barts Medical school students, believing there are already limited resources at Mater Dei Hospital.

In a statement, the student organisations insisted that the lack of transparency revolving around such contracts which are directly linked to this project has been a cause of great worry and concern for the medical students of the University of Malta. 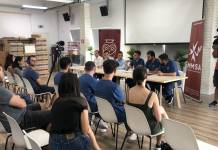 This week, the new Barts Medical school campus was officially inaugurated by the Prime Minister, and “to the organisations’ surprise,” it was boastfully stated that the campus has a maximum capacity of 800 students.

“This quantity blatantly contradicts the assurance that we had been given repetitively and consistently by the authorities since 2014 that a maximum of 300 students will be studying Medicine and Surgery at Barts Medical School at any one point in time.”

Is medical education in jeopardy?

They stated that medical education in Malta is in jeopardy due to the fact that Mater Dei Hospital will be further strained by this high influx of students during clinical placements.

In light of all this, MMSA and KSU will be reacting within the realms of the law to appeal the refusal of acceptance of their request through the Freedom of Information Act to view the aforementioned contracts.