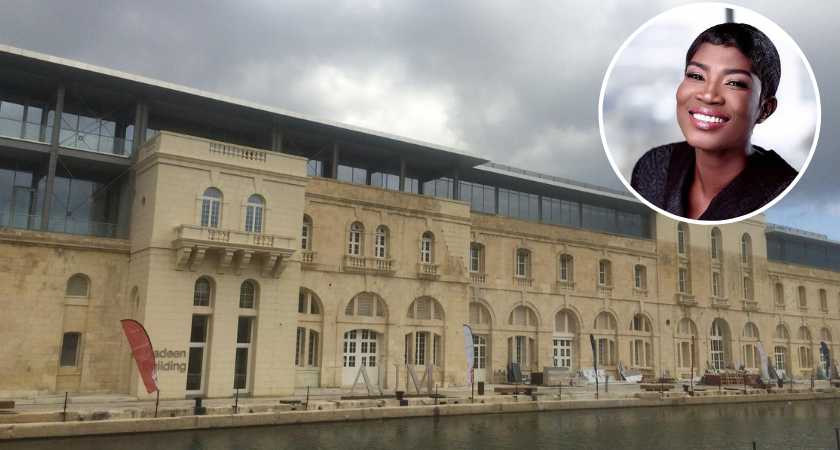 Esinam listed the AUM as one of the ‘top universities’ accepting some of the 100 students across more than 30 countries, who will be given partial or full scholarship. The website states that the “needy students” will be awarded a scholarship after due diligence is done.

The other partners, besides the AUM, are Brunel University, National College of Ireland, Middlesex University and University of Nicosia. Through research one can find that neither of the five rank top in a number of ranking university sites.

Despite being a “Top University”, the American University of Malta had failed to attract the 300-student goal in its first year. The present exact number is unknown. However, recently, Times of Malta reported that only six new students were enrolled for the second academic year. The new academic year at the AUM opened in the last week of August when new students were supposed to embark on their full-time courses.

The student population at the other universities is as follows:

According to Esinam’s website, the tuition scholarships amount to more than $1 million, equivalent to €860,000.

The nominations for the scholarships were opened on the 15th September and run until the 15th December. Students in their final year or those who have completed the year and are awaiting results, or those who have an admission into a higher institution but have financial constraints can be nominated. The 100 students will be then shortlisted between the 25th December and the 5th January, with the recipients being notified only on the 13th January.

Esinam’s Mercy Heart Foundation states that it was set up to make education accessible and affordable to all. On her personal website, Esinam states that she is an Entrepreneur, Business Coach and advocate for women and girls in technology among other things. According to myjoyonline.com, a Ghana-based website, the Entrepreneur is just 26-years-old. The scholarship scheme is open to students from all African countries and priority would be given to students in Ghana, Nigeria, Kenya, Tanzania, Uganda, Rwanda, Ethiopia, Zimbabwe, Senegal and Togo.

“My ethos as an entrepreneur is to uplift Education within Africa and beyond and to make it the most affordable and accessible to all. This is a dream come through and I am thankful for the support of my Partners who have made this project possible, especially the American University of Malta which has been a phenomenal support system and a firm believer inequitable education for all across the globe. They have supported my work even before, we launched the Scholarship scheme”, Caroline Asinam Adzogble stated.

Why is AUM controversial?

The AUM project was never free from controversy since its inception. The company behind the AUM drew criticism after it was awarded a parcel of pristine land in Marsascala on which to build its campus. Following a protest by Front Ħarsien ODZ during which various non-governmental organisations joined forces, the plans were revised, with the area at Żonqor point being reduced from the original size. The Prime Minister had said that works in Marsascala would only start after the student target was reached at the University’s facilities in Dock 1, Cospicua.

Convent on quarantine after friar returns from Italy