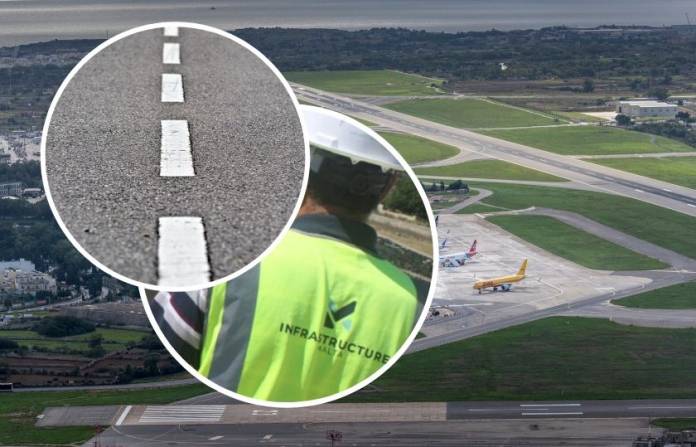 The type of asphalt being used for the airport’s runway is to be used in some of the projects being handled by Infrastructure Malta.

According to a spokesperson for Infrastructure Malta (IM), the company is currently studying the way in which works are undergone on Maltese roads. Foreign experts are also being consulted on the matter.

The spokesperson explained that the new standards of roadworks are now taking into consideration the asphalt that contractors are being asked to use to pave roads. Malta’s standards require the use of ‘paving grade bitumen’, a type of asphalt which conforms to European standards of quality.

He added that despite this, other countries with roads that handle heavy traffic often use a different mixture of asphalts that are more resilient against both the weather as well as heavy vehicles. Malta has used such a type of asphalt, such as polymer modified asphalt concrete, only in the private sector; to pave the runway of the Malta International Airport.

IM stated that it is planning to use these types of stronger asphalts bit by bit, wherever it is required. The first project to see this type of asphalt being used will be the Marsa Junction Project. The spokesperson added that the 7 flyovers will be stronger for it, particularly when taking into consideration the high temperatures reached during the Maltese summers, and the heavy vehicles that will be using them.

This strength comes from mixing in elastomerics with the tar, rendering it more flexible and resistent.

Minister for Infrastructure Ian Borg has recently announced on Facebook that the three flyovers will be paved with a layer of continuous asphalt, so as to have no cracks. The final layer of asphalt is to be this stronger type of asphalt outlined above. Borg said this when addressing the photo of the gaping pothole which appeared in the flyover. He had said that the hole is “nothing but a narrow part of temporary asphalt” that was used until “expansion joints” are installed.