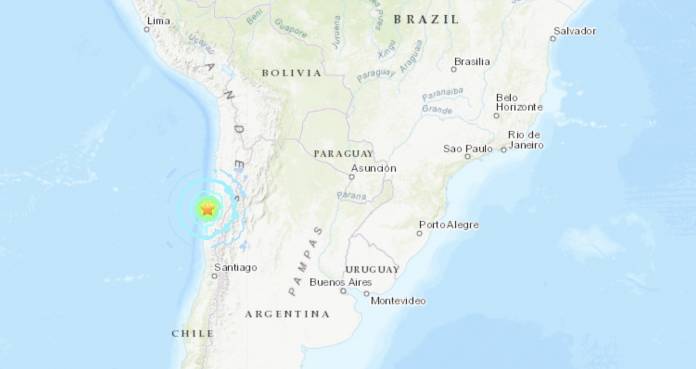 An earthquake of magnitude 6.7 struck near the coast of Northern Chile on Tuesday, the GFZ German Research Center for Geosciences said.

It earlier showed the magnitude as 7. The quake had a depth of 10 kilometers (6.2 miles), GFZ said.

News agencies  reports that there were two earthquakes, with the first earthquake striking at The United States Geological Survey (USGS) said the first earthquake measured 7.0 and struck at a depth of just 35 kilometers. The second earthquake had a preliminary magnitude of 6.3, according to Chile’s seismological agency.

“Based on all available data, there is no tsunami threat from this earthquake,” the Pacific Tsunami Warning Center said.

No tsunami threat after magnitude 7.5 quake off Russia’s Kuril islands