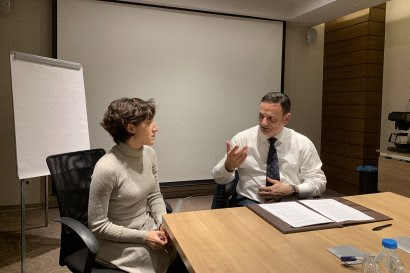 Maltese MEP David Casa to take “further action at EU level” regarding Turkey’s treatment of journalists, namely Pelin Unker whom he met with in Istanbul. Unker was recently sentenced to 13 months in prison after reporting on members of Turkish President Tayyip Recep Erdogan’s family in the Paradise Papers.

In a statement, Casa blamed “false patriotism” for Turkey’s treatment of journalists, adding that the country “stands out because of the severity of punishment as well as the sheer number of journalists that have been detained as a direct result of their investigative work.” He met with the journalist from the International Consortium of Investigative Journalists, and her legal team, inviting her to the European Parliament in the coming weeks.

The MEP spoke of “taking further action at EU level in an effort to prevent this cruel sentence from being enforced” while, at the same time, pointing out that the issue is not exclusive to Turkey. The consequences of “false patriotism” have “surfaced also in parts of the European Union and must be addressed,” he said.

Unker then explained that this is the “reality to which [journalists] have become accustomed to in Turkey”. She also said that “draconian laws and harsh enforcement means that publishing facts, that are not disputed, of which Turkish citizens have a right to be informed, can have serious repercussions.”

The journalist then took a moment to thank “NGOs and international organisations and Members of the European Parliament, in particular David Casa” for the support they have given her. Unker is set to face yet another case regarding the same articles as the previous one, only this time concerning the President’s son-in-law.

Coryse Borg   January 25, 2020
According to the Alzheimer's Association, dementia is an overall term for diseases and conditions characterized by a decline in memory, language, problem-solving and other thinking skills that affect a person's ability to perform everyday activities. Alzheimer's is the most common cause of dementia.