Steward Health Care refused to be drawn into commenting on the damning audit report claiming collusion in the granting of the hospital concession it has since taken over, though it emphasised that the company and the government alike believe the controversial agreement should continue.

In response to a series of questions asked by Newsbook.com.mt, a company spokesman said that both parties believed that the continuation of the public-private partnership would be beneficial.

Earlier this month, the National Audit Office published a report claiming that there had been collusion between the government and Vitals Health Care ahead of the tender process through which the company was granted a concession on three public hospitals: Gozo General Hospital, St Luke’s Hospital and Karin Grech Hospital.

Due diligence on Vitals – whose ultimate beneficial owners remain a mystery – was also deemed grossly inadequate. Perhaps unsurprisingly, the company failed to keep up with commitments, and the concession was ultimately transferred to Steward.

Though Steward is not looked into in the NAO report, the office is set to produce two more reports as a result of its investigation, and the third will address the eventual transfer of the concession to the US-based company. Perhaps with this in mind, the company refused to elaborate on the report when contacted by Newsbook.com.mt, with a spokesman stating simply that it “is aware of the latest NAO report regarding the previous concessionaire.”

“Both Government and Steward Health Care believe it is beneficial that this Private-Public Partnership continues in the best interest of all stakeholders. Steward Health Care is determined to continue to serve the Maltese and Gozitan community with world-class medical and health care services,” he continued.

A change in name only?

Those comments were the only reply Steward provided in response to a series of questions asked by Newsbook.com.mt, which were related to the report and to comments made by Gian Paul Gauci, who heads the health services section of the UĦM – Voice of the Workers in the wake of its publication. The NAO report was itself triggered by a request made by the UĦM and the Medical Association of Malta.

As one might expect, Gauci proved far more ready to comment during an interview with Fr Joe Borg on 103FM, and he was adamant that the Steward concession must be dropped since it was built on a flawed deal. 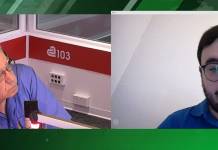 Gauci repeatedly insisted that Steward effectively left Vitals’ management team in place, but the company chose not to elaborate on the changes it brought about in the wake of Vitals’ failure to make the cut. His claims that Steward’s arrival had not led to any positive developments were also not specifically addressed, save for the company’s assertion that it will continue providing world-class services.

The company also chose not to address another claim made by the union official: that it was illegally paying new recruits less to do the same work as colleagues who had been originally employed by the government.