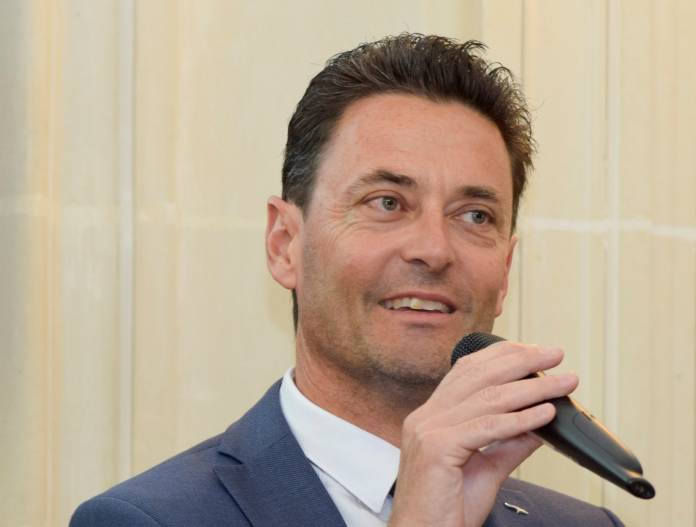 Stefano Mallia has been elected as the next President of the European Employers Group.

Mallia obtained very strong support garnering 87% of the eligible votes. The post was also contested by Laurentiu Plosceanu from the Romanian employers.

Commenting on his appointment, Mallia said that being chosen as the President of the Employers’ Group was ‘an incredible honour and responsibility’ which he would gladly carry over the coming two and half years. Mallia said that he felt motivated by the overwhelming support he received from the members of the Group and that he was especially proud to have been chosen. ‘I am happy from a personal point of view but I am also very pleased from a Malta point of view especially at this particular point in time’.

The Employers’ Group which is made of 117 members and will now be led by Stefano Mallia undertakes the analysis of proposed EU legislation to ensure that any such legislation does not create any unnecessary burdens for enterprise whilst in fact creating a business-friendly environment. In its work, the Employers’ Group works closely with the European Parliament and the Commission whilst collaborating with European business organisations such as Business Europe, Euro Chambers and SME United.

Commenting on the European challenges ahead, Mallia said ‘the new Commission which has only just started has already brought to the table important initiatives such as the proposed Green Deal, the European Climate Law and the Minimum Wage across Europe. There will also be proposals for a new industrial policy and a new SME policy. These are all proposals which will have a significant impact on the every day functioning of enterprises across the whole of the EU. As the representatives of employers, we must make sure that these initiatives do not hinder enterprise and that most importantly, they will put us in a position to meet the challenges of the future especially with regards to climate change and the competitivity of Europe vis-à-vis the US, China and India’.

The Employers’ Group, together with the Workers Group and the Civil Society Group forms the European Economic and Social Committee (EESC). The EESC which was set up in 1957 and is based in Brussels, has a formal key role in the EU’s decision-making process.

The EESC is made up of 350 members hailing from all the Member States of the EU.
France, Germany, Italy and the United Kingdom have the largest delegations with 24 members each whilst Malta with 5 members has the smallest delegation.

Amy Borg   February 27, 2020
The Malta Employers’ Association, MEA, has called on Prime Minister Robert Abela to intervene on the allegations against the Malta Film Commissioner, Johann Grech. The MEA stated that ensuring a level playing field among competitors is one of the fundamental tenets of good governance.