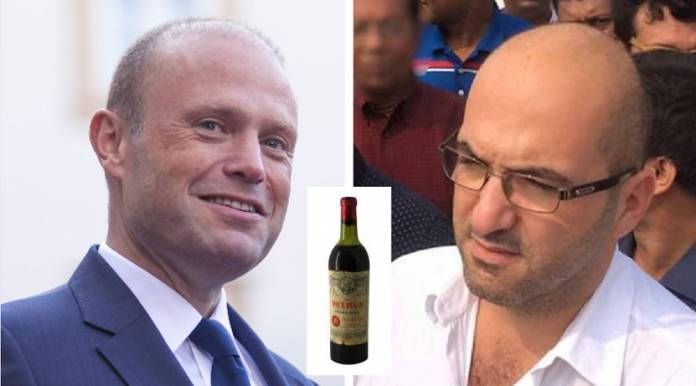 However, government and opposition MPs appear to be divided on what remedy should be asked of Muscat, with government MPs suggesting that the former PM’s decision to leave the wine bottles at the Girgenti Palace was sufficient.

Hyzler appeared in front of the committee on Wednesday afternoon, though after noting that “the report speaks for itself,” he emphasised that he did not wish to expand on its details.

But the former parliamentary secretary noted that he studiously avoided any mention of the criminal proceedings faced by Fenech, arguing that this was not why Muscat had breached ethics.

Muscat, he explained, ultimately invited a prominent businessman with extensive links to the government to a private function, in circumstances which would have encouraged him to bring a gift. The gift was of significant value and personalised, leaving no doubt that it was a personal and not a state gift, irrespective of what Muscat chose to do with it.

Hyzler reminded that similar circumstances had once forced the resignation of New South Wales premier Barry O’Farrell in 2014, who had failed to declare receipt of an expensive wine bottle – a 1959 vintage, indicating the year of his birth, much like the bottles Muscat received indicated the years in which he and his twin daughters were born. His party had defended his resignation as a sign of integrity, not of corruption, but O’Farrell still ended up paying a political price.

“I have an interest in redeeming our political class: we need to do so,” Hyzler told the committee. “And I feel it is my duty to make my contribution.”

Debate in committee opened earlier this month, but this brief initial meeting only covered a few procedural matters. However, Hyzler will be addressing the committee in today’s sitting. 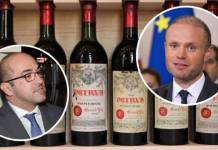 It was up to Muscat to choose whether he wished to appear in front of the committee or not.
John Paul Cordina
15:01 Aquilina says that in the circumstances, it was positive that the government appeared to accept the findings of the report.

In this case, it would not even matter if the gifts were personal or state gifts: if there was nothing untoward, there should be no issue with leaving a record.
John Paul Cordina
14:51 But in this case, he reiterates, the gifts were clearly personal.
John Paul Cordina
14:51 Hyzler emphasises that as a former politician, he understood that the situation can be challenging, and that it is often hard to distinguish between personal gifts and gifts to the state.
John Paul Cordina
14:49 Speaker Anġlu Farrugia starts his first question by highlighting that he long questioned the close ties between politicians and businesses.

But he questions, in the circumstances, whether Muscat had any other choice. He also questions what remedies Muscat could be asked to offer after resigning from PM.
John Paul Cordina
14:48 "I have an interest in redeeming our political class: we need to do so," Hyzler maintains.

"And I feel it is my duty to make my contribution."
John Paul Cordina
14:45 But Hyzler also highlights the 2014 resignation of New South Wales premier Barry O'Farrel over the gift of a bottle of wine – worth some €2,000 – made by a businessman.

Hyzler notes that he drew the attention to the fact that if the inventory was genuine, a number of issues needed to be addressed. But it was up to the Auditor-General to look into the list itself.
John Paul Cordina
14:35 The commissioner states that the Prime Minister should lead by example, and that by accepting gifts as Muscat had done, they might make other ministers more comfortable in accepting gifts themselves.
John Paul Cordina
14:35 Hyzler highlights that he felt it was not prudent to look into the security services' actions. But he emphasised that this was secondary to the fact that Muscat accepted a personal, expensive, gift from a prominent businessman.
John Paul Cordina
14:34 PN MP Karol Aquilina asks Hyzler to elaborate on the advice purportedly given by the secret service.
John Paul Cordina
14:33 In reply to another question by Mifsud Bonnici, Hyzler emphasises that there was nothing wrong with Muscat using the Girgenti Palace for a private function, since it does serve as the PM's official summer residence.
John Paul Cordina
14:32 Hyzler also did not verify whether it was true that the secret services urged Muscat to invite Fenech so as not to arouse suspicions in Fenech – who was already suspected of ordering the murder of Daphne Caruana Galizia.
John Paul Cordina
14:31 Hyzler also reveals that he did not check whether it was true that the wine bottles were left in the Girgenti Palace.

However, he made a point to highlight that he was not implying that he did not believe Muscat.
John Paul Cordina
14:29 Mifsud Bonnici now asks on the personal nature on the gifts.

Hyzler recounts that he highlighted the vintage of the Pétrus wine bottles – one dates back to the year of Muscat's birth, and two others to the year in which his twin children were born.
John Paul Cordina
14:28 Hyzler highlights that his remit includes making recommendations for changes to the code of ethics governing politicians.
John Paul Cordina
14:27 PN MP Carm Mifsud Bonnici asks the first question, concerning any recommendations that Hyzler would be making to prevent such incidents in the future.
John Paul Cordina
14:26 He also recalls that Muscat had condemned former minister Tonio Fenech for accepting to fly on a private jet – coincidentally owned by Yorgen Fenech's late father George – and for accepting a traditional Maltese clock.

And rightfully so, he makes it clear.
John Paul Cordina
14:25 He emphasises that the context of Muscat's party, a small intimate gathering, 'provoked' the granting of gifts, and that Fenech's gift was not insignificant in value.
John Paul Cordina
14:23 Hyzler recalls that he called for 'social distancing' between businessemen and politicians, and not just during the Covid-19 pandemic.
John Paul Cordina
14:21 The meeting is now being broadcast on Parliament TV, though some technical issues appear to persist.

Hyzler goes over the main points he had said, perhaps for the benefit of the TV audience.
John Paul Cordina
14:16 As mentioned earlier, the committee meeting is not being aired live on Parliament TV and video is not working, though audio can still be followed.

Farrugia has been alerted of technical problems by Parliament staff, and the meeting is temporarily suspended.
John Paul Cordina
14:15 The issue, Hyzler adds, is that Muscat invited Fenech, who was involved in extensive business dealings with the government, to an intimate private function. The other issues Fenech is involved in were beyond the point.
John Paul Cordina
14:14 He highlights that he made a point not to refer to any criminal proceedings or corruption allegations involving Fenech, as they were beyond the point of his investigation.
John Paul Cordina
14:12 Hyzler now takes the opportunity to address accusations of conflict of interest levied by government whip Glenn Bedingfield.

Bedingfield highlighted that Hyzler is married to lawyer Giannella de Marco, who he described as Yorgen Fenech's lawyer. In truth, it is her son by a previous marriage, Gianluca Caruana Curran, who forms part of Fenech's defence team.
John Paul Cordina
14:12 Hyzler states that the report speaks for itself, and while he would be happy to answer MPs' questions, he did not wish to expand too much on what he wrote.
John Paul Cordina
14:09 Speaker and committee chairman Anġlu Farrugia invites Standards Commissioner George Hyzler to address the committee.
John Paul Cordina
14:08 The sitting has just started, though it is not yet airing on Parliament TV as scheduled.

However, all Parliament proceedings – including committee meetings – may be followed through its website parlament.mt.
John Paul Cordina