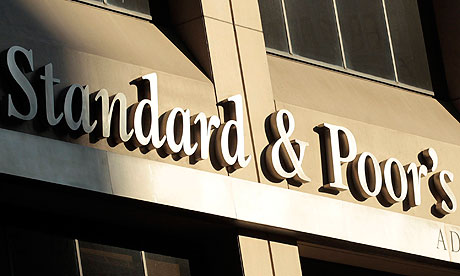 The ratings agency Standard and Poor has affirmed Malta’s ‘A-/A-2’ long-term and short-term sovereign credit ratings on Malta. According to the report, the outlook remained positive and the ratings could be raised in the upcoming 12 months. The report finds that if economic growth and government fiscal and debt metrics  are according to Standard and Poor’s expectation, and the authorities strengthen their supervisory standards and co-ordination with respect to Malta’s international financial sector, then the ratings could raise. In its analysis the agency said that the outlook could be revised if the risk to financial stability increased, if the external demand from Malta’s key trading partners deteriorated and if there was a substantial slippage in Malta’s fiscal performance.

According to the analysis by the rating agency, their ratings on Malta were supported by the country’s strong growth performance, recurring current account surpluses, Malta’s service export and the improving general government budgetary position and fiscal management.

Standard and Poor forecast that the pace of growth would decelerate through 2021 to 4.1%, as the new sectors would by then mature while the projects that have contributed to growth would have reached completion by then.

The rating agency cites evolving global tax regulation pose challenges to Malta’s tax regime. According to their analysis, Malta’s tax regime is challenged by a variety of adopted and proposed measures both at the European and global level. The Anti-Tax Avoidance Directive (ATAD) requires Malta to reform some aspects of its corporate taxation by 2019. Standard and Poor identify Common Consolidated Corporate Tax Base (CCCTB) may further pressure the tax regime, especially in post-Brexit scenario. The rating agency lists possible regulatory pressures on the e-gaming sector could possibly have negative implications for Malta’s economy.

According to the report, Malta’s ratings were constrained by Malta’s small economy and its open nature which poses various potential external shocks. The Agency listed the rising trend towards protectionism and Brexit as posing possible implications for Malta’s trades, services and financial channels.

The Government welcome the comments by Standard and Poor Global Ratings and said it would continue to work in other to increase Malta’s trust on an international level which would translate into more investment.

Amy Borg   August 5, 2020
MAM announced this on Wednesday morning while stating that Malta is currently in the thick of a new epidemic caused by mass events which is leading to around 15 new cases per day amongst the local population, and has already been blacklisted by 4 EU countries.

Amy Borg   August 5, 2020
On Wednesday the Foundation for Social Welfare Services (FSWS) issued a statement to announce the recently revamp of the online reporting webiste but it has also explained how child sexual abuse material is on the rise worldwide.

Maria Webb   August 3, 2020
Fr Valerian Merciec, a Carmelite priest who has long served as a missionary, is being laid to rest. His life was claimed by COVID-19.