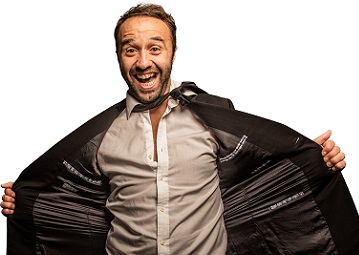 This is the fourth time that actor and comedian Kevin Naudi will be performing a one-hour plus stand-up comedy show. This special ‘Island Tour’ which takes a dig at much larger comedy acts that go on ‘road trips’ across Europe, America and beyond, will take us from Santa Venera, to Msida and Valletta.

‘Here I go again – no excuses’ will feature brand new material as well as a couple of the classics.

The first two shows ‘Laughing at the Truth’ (2015) and ‘Nothing to Hide’ (2017) were a sell-out, and the most recent show entitled ‘No Limits’ (2018) was a resounding success. Performed at the Mediterranean Conference Centre, it was the first ever solo act to perform there, before an audience of over 750 people.

The dates, times and venues are as follows:

There are simply ‘no excuses’ not to watch this hilarious comedian and his tales about false hopes and expectations about turning 40, among many other hilarious sketches.

End the month with a laugh…

Let music wrap up the end of February