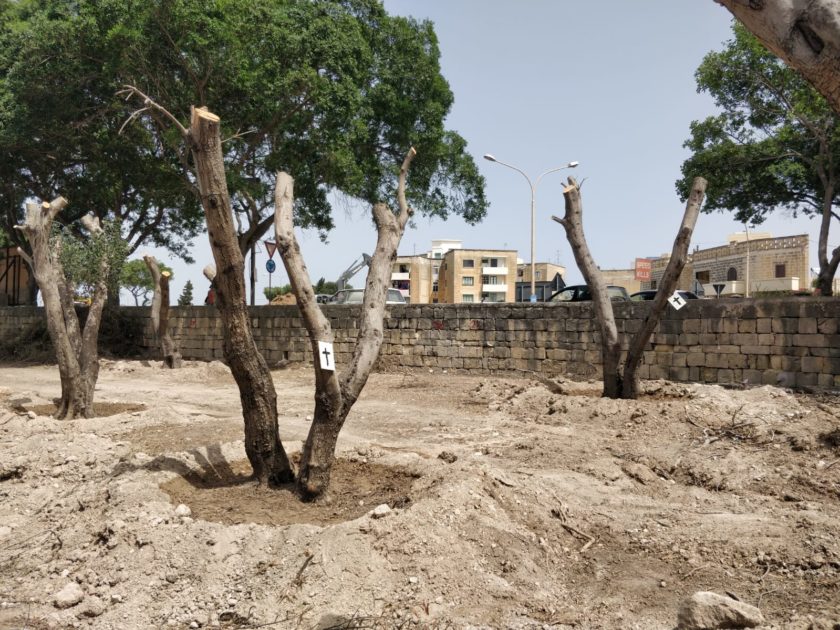 Their statement comes following their meeting with the Minister for Transport and Infrastructure Dr Ian Borg, in which SSLOSN proposed alternative designs to the current infrastructure plan for the Tal-Barrani entrance to the Sta Lucija Underpass.

They state that their concept would effectively protect the jogging track green space.

They explain that the meeting with Minister Borg was ‘positive’ and that the proposals had been presented to Infrastructure Malta to check their feasibility.

The meeting with the Minister follows the Networks serious concerns about the distribution of information about the project to the local population and their own vigil over the removal and uprooting of trees to make way for the underpass and roundabout.

Last week SSLOSN argued that many local residents of Santa Lucija hadn’t objected to plans for the Tal-Barrani underpass because local and central government had failed to tell them what Infrastructure Malta was going to do.

They stated that the Local Council did not act to dispel misperceptions among the public that the impact of the planning application submitted in October 2017 would mean more than simply removing some of the trees from Tal-Barrani road and the roundabout.

Speaking to Newsbook.com.mt, SSLOSN’s representative Caroline Polidano explained that Santa Lucija had originally been designed to have green and open spaces on purpose.