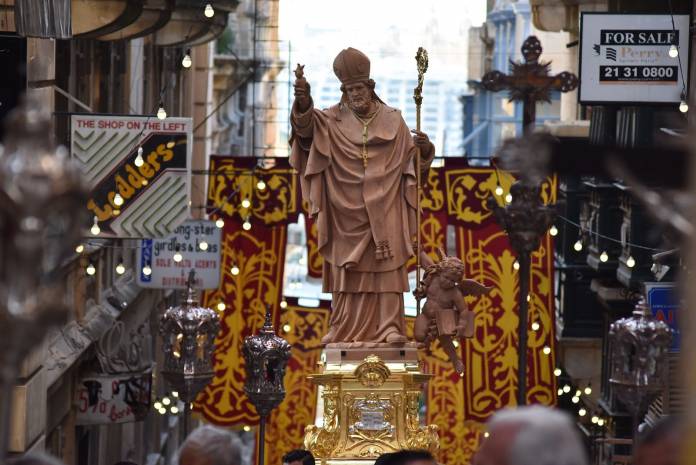 The popular celebrations for the feast of St Augustine planned for this weekend have been cancelled, the Augustinian Order said in a statement on Thursday morning. The religious activities will still be held but the processions and celebrations outside the Church were stopped.

The decision was taken after Friar Deo Debono was removed from parish priest and barred from celebrating mass in public. The decision was taken by the Provincial of the Augustinian Order in Malta, Leslie Gatt, and Archbishop Charles J Scicluna in the light of pending police investigations on allegations of theft.

Friar Deo Debono who is currently out on police bail is expected to be charged over the theft of sacred art and silverware from his own convent.

The liturgical functions would proceed as planned, however, all external celebrations in Valletta were cancelled.

The Order asked people to allow the police investigations and court proceedings to take their course.

Provincial Fr Leslie Gatt pledged the Order’s support to the Valletta community, “especially those who help in the parish and the organisation of the feast”.