A dilapidated historic home in Pietà is set to be restored to serve as an extension to the secondary school of St Augustine College, with the Planning Authority giving its blessing to the plans this week.

Many of the properties on Guardamangia Hill – perhaps most notably Villa Guardamangia, which Queen Elizabeth II once called home – have been scheduled for their historic value. The property in question, Dar Ida – which is right next to the college – received Grade 2 protection in 2001, while its garden received the same level of protection earlier this year: only minor alterations may be allowed on such scheduled properties.

Urban gardens in Pietà given high protection status by PA 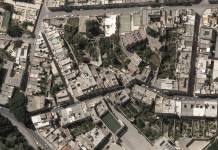 The old home is in a dilapidated state, but the college, which is run by the Maltese province of the Augustinian Order, is now set to restore it so that it may house its administrative offices, a library, a conference room and additional classrooms to extend the existing secondary school.

The school had originally planned to extend its premises and build a primary school within its own grounds, in a plot of land accessible through Dar Ida, but the plans proved controversial and were ultimately denied a permit.

An amicable solution was reached in December 2012, through which the Maltese province of the Augustinian Order was given a long-term lease on the medical school within St Luke’s Hospital, which would have been converted into a new primary school.

The school was temporarily granted use of a disused state school in Marsa, so that it would serve as its primary school while it finished converting the medical school. However, a new Labour government wished to retain ownership of the medical school, and it was ultimately agreed that the Marsa school would be transferred to the College on a more permanent basis.

The college submitted a development application to restore and reutilise Dar Ida on September 2019, and its plans were deemed to be a suitable use of the historic building by the PA case officer assigned. Consequently, the PA Planning Commission unanimously voted to issue a permit, requiring a €10,000 bank guarantee to ensure compliance with permit conditions.