Until 10 December 2020, the Police Traffic Section issued a total of 61 tickets for speeding along the St Paul’s Bay bypass.

Drivers were caught on the police portable speed guns during road checks which are carried out from time to time on this road.

In April, a driver was caught driving at 185km/hour in an 80 km/hour zone. 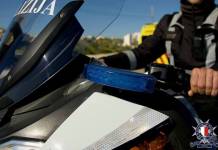 A police spokesperson explained that the speed guns operated by the Police are able to record speeds up to 320km/h.

The police provided information which was recorded on their system. However, this is not the total number of contraventions issued for excessive speeding along the same road, since there are 2 speed cameras which are operated by the Local Enforcement System Agency (LESA) 24/7.

However, the agency did not reply on the issue when Newsbook.com.mt sent questions regarding the amount of tickets for excessive speeding on St Paul’s Bay bypass issued throughout 2020 and the maximum speed the cameras can record.

Transport Malta on the other hand told this newsroom that it receives over-speeding reports from various localities, including St Paul’s Bay.

Such reports are then evaluated by Enforcement Unit officers who would inspect the areas in question. Random patrols are also carried out by Transport Malta’s Motor Cycle team, a spokesperson said.

A group of motorcycles and a car were speeding along St Paul’s Bay bypass, a reader told Newsbook.com.mt earlier this month. She described the experience as shocking one given that they sped closely past her.

She noted that the drivers drove up to the roundabout and then turned back, highlighting that they caused her to fear for her life.