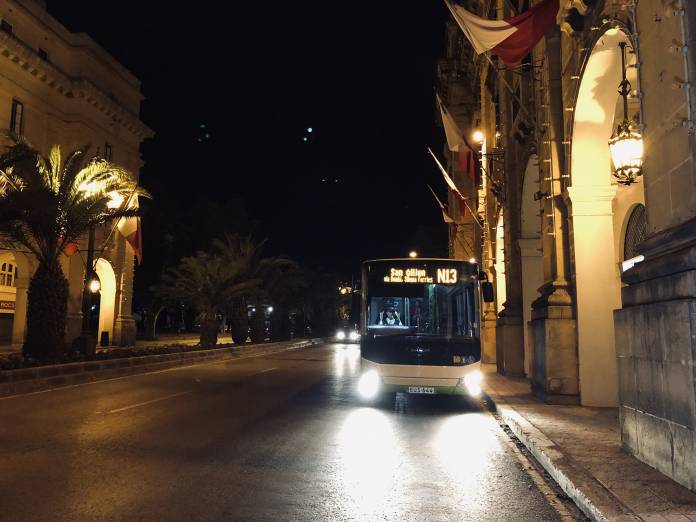 Malta Public Transport is operating special routes for the Science in the City event in Valletta on Friday 27th September. Journeys depart from the Valletta Terminus every hour between 10.45 pm and 12:45 am serving the main destinations across Malta.

The TD Plus service will also be available until midnight and passengers may reserve their seats through the Tallinja app, selecting the time and bus station they wish to stop at. TD Plus guarantees seating aboard one of the dedicated mini-buses and drives to destination without making all the stops on regular routes. The service currently operates in Floriana, Blata l-Bajda, Pietà, Msida, San Ġwann, Gżira, Sliema, St Julian’s, Swieqi and Pembroke.

The special bus routes operating from Valletta are:

Route N13 will make the normal night route toward St Julian’s through Msida, Gżira and Sliema Ferries, but will operate extra trips according to demand.