The coalition of more than 60 NGOs and groups, Spazji Miftuħa, will organise a sit-down protest on Saturday 31st October at 10 am in front of the Office of the Prime Minister in Valletta. The coalition said that social distancing will be observed.

Spazji Mifuħa said that people are outraged at what the Government has been doing to Malta’s and Gozo’s natural and cultural heritage.

Earlier this month the government signed off the management of Miżieb and Aħrax woodlands in Mellieħa to the hunters’ lobby. 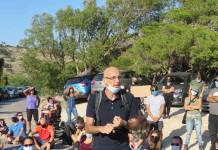 Following the behind-closed-doors signing of the Miżieb and L-Aħrax deal between the Government and the hunting lobby, the coalition has already presented a judicial protest and will be looking at opening a court case to challenge this decision.

The coalition said it is overwhelmed by the response of the general public with over 30,000 persons signing the online petition. 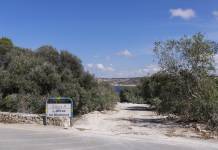 In the meantime, the coalition is asking its supporters together with all those who value nature, culture and open spaces, to join in the peaceful sit-down protest in Valletta.

People are being encouraged to bring along placards or signs with their own personal messages.