The Spanish government wants to extend for another 15 days a 15-day state of emergency that it imposed this month to try to curb the spreading coronavirus outbreak, multiple Spanish media outlets reported on Sunday.

The nationwide state of emergency announced on March 14, bars people from all but essential outings as the country grapples with Europe’s second-worst coronavirus outbreak.

The extension would need to be approved by parliament but that is guaranteed after Spain’s main opposition party, conservative People’s Party, said it would support it, giving Prime Minister Pedro Sanchez Socialist Party and its government coalition partner Unidas Podemos enough votes in the chamber.

Russia steps in
Russia to send help to Italy 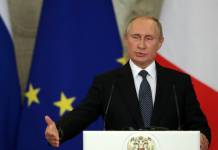 A government spokeswoman did not immediately respond to a request for comment.

Sanchez communicated the decision to regional leaders during a video conference call, the reports said. He was due to hold a press briefing after the call ends, his office said. 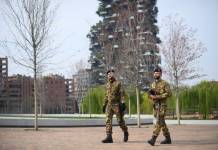 The prime minister said on Saturday that the government would do whatever was needed to combat coronavirus and warned that “the worst is yet to come”.

He warned of tough weeks ahead but made no mention of extending the state of emergency. 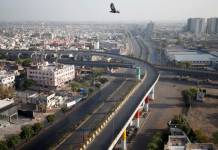